Spark of Wisdom: Never mind the culture of slurs and attacks that exist all around us 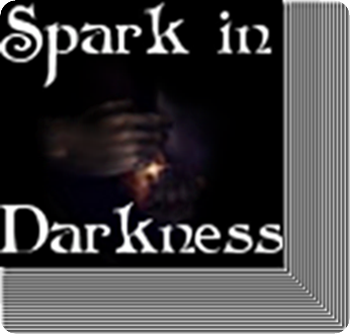 There is a habit when dealing with marginalisation for certain privileged people to ignore context.

There is a constant desire to pretend that X incident happened in isolation, to consider it on its own without looking at wider society. We examine homophobic acts while ignoring a homophobic society, look at examples of sexism while pretending the patriarchy doesn't exist, consider racism while denying is power and prevalence and look at ableism while pretending the whole world isn't structured to making living extremely difficult for the disabled.

How many times is this wilful ignorance of context used to silence the marginalised? When they react with anger or hurt our outrage - how often do the words "oversensitive" or "hypersensitive" get trotted out? How many times do people complain about "thin skin" or being "too angry?" Never mind the context that makes the latest hurt but the tip of a mountain of hurt. That the anger comes from months, years of repression and the same pain repeated over and over. Never mind that there is a constant bombardment of demeaning, insulting, hurtful and grossly offensive commentary that pummels marginalised people every single day.

How often do we see gross insults against the marginalised diminished and ignored by people who refuse to see context? How often is frankly blatant bigotry ignored through this? People who can't see why comparing Obama to a monkey and Bush to a chimp are not even remotely equivalent. People who argue that "straight pride" is just like "gay pride." People who will argue that "breeder" and "cracker" are slurs with just as much impact as those used against the marginalised. How often do we here 'misandry' raised as equivalent to misogyny?

How often do we use context ignorance as an excuse to ignore bigotry? When we see people claiming that Arizona's disgusting anti-immigration law isn't racist because it applies to all undocumented immigrants. Never mind that we all know that this law targets brown people, that a European immigrant is really not going to be harassed under this law. Only by ignoring context can we claim not to see the racism in this. Or in the UK, when the Tories set forth a proposal to reward married couples which, on examination, virtually requires one member of the couple to not work, only ignorance of context would allow us to believe this isn't sexist.

How often do we see cluelessness upheld by privileged people drawing comparisons between their lives and those of the marginalised? When someone in an interracial or same-sex relationship talks about familial hostility, they speak up about how much their in-laws don't like them. When a black woman speaks about how her hair is regarded as something of alien curiosity, they speak up about how everyone comments on their child's blond locks. When a disabled person talks about how hard it is to negotiate a shop in a wheelchair or a scooter, an able bodied person talks about their struggles with a pram or even a shopping trolley. When a woman complains about sexist 'humour,' how often do we hear someone trot out some jokes that make men the target as something that bugs them as well?

None of these things exist in isolation. And we cannot pretend they do. To try and view them as discrete incidents is an act not just of privilege - but of wilful ignorance. Every prejudice thing that is done or said, is built upon a foundation of centuries of prejudice that has gone before, and is part of a massive structure of prejudice that is very much around us. You cannot focus on the brick and ignore the entire wall.

And is that annoying as privileged people? Is it irritating to feel that everything said or done has this weight of prejudice ready to be hooked to it? Can it be hard sometimes to think about this, especially since, as privileged people, it doesn't always come naturally to us? Yes yes and yes. Yes it can be hard, yes it can be irritating and yes it takes work and thought and consideration to see and navigate round that huge mass of context.

But it's not NEARLY as hard as having to live as a marginalised person constantly pummelled by that context, attacked by it, beaten down by it and blocked by it. So if considering context is really that hard - just be thankful you're in a position for it to be a conscious effort - rather than something you couldn't ignore even if you tried.