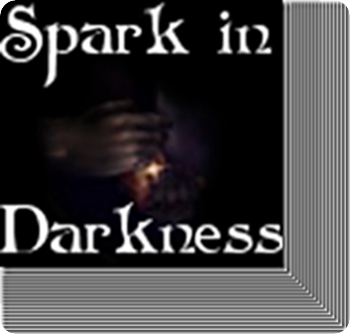 Do not be silent

And that's hard. There are no small number of people trying to silence the marginalised. Some of them are blatant - the violent monsters that threaten, attack, beat and kill marginalised people. The bigots who scream hate speech to all who will listen and society that will repeat it, listen to it and treat it as a legitimate position. The hateful trolls that stalk the net with their attacks and screeds to try and scare and intimidate and shame those who dare to speak.

There are many more subtle forces that demand silence. Sometimes every time you try to address a topic, people swoop in to derail and distract. Fans of politicians or institutions will shout you down for daring to speak against their hero. People with their own agendas will demand those of the marginalised be put on hold - perhaps indefinitely. People will decide that equality is a lower priority. People will demand you put your agenda on hold and get behind issues that affect the populace as a whole - which is fine, but the populace as a whole won't be there when the marginalised issues rise again - if they ever do. No end of people - even within our own orgs - will hit us with tone arguments - telling us to calm down, to stop criticising, to be patient, to, ultimately, shut up and wait to be noticed. Wait until the powers that be have time for you - if they ever do. Accept the crumbs they give you, the gestures, the tokens and shut up and be grateful for them. They will chide us for our impatience, our selfishness. They will insult our fight for justice as "selfish" "whining" and "sensitive." They will belittle our pain and our losses and our anger.

But speaking is important. Refusing to be silenced is vital.

We have to speak because if we don't who will? Who will speak for the marginalised?

Can women rely on men to speak for them? Can POC rely on whiteness to speak for them? Can GBLT people rely on straight, cisgendered people to champion our cause? Can the disabled rely on the abled to speak up? This is not for a second to criticise the sterling and amazing work that allies do. Allies are a major force in all our movements and without them we would not be anywhere close to where we are today - but collectively, privileged groups do not speak for the marginalised. In general rights, equality and justice are not given - they are demanded.

If we are silent, we cede the debate. We concede the frame. They get to set the agenda. They get to be the ones heard. They are the ones that set the terms, that speak unchallenged. They are the force that is listened to and the ones the powers that be feel they have to pander to. Gods know they pander to them enough - how much more so if they don't hear our voices? Or if our voices aren't as loud, aren't as forceful or as threatening?

We cannot be silent because we cannot afford to be. Silence lets our opponents dominate, lets our issues sink to obscurity. Silence gives the powers that be the excuse to ignore us. Silence is justice delayed - perhaps even justice reversed. Silence means accepting that our marginalisation is not a problem, is not wrong, is not unacceptable.

It is wrong. It is a problem. It is not acceptable - and I'm going to keep talking until that changes.