Spark of Wisdom: When I came out, the pain I cannot run from 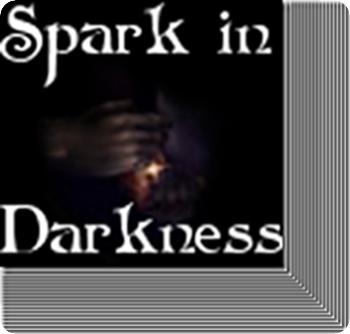 I was stuck at a truly dull party the other day. It was one of those awkward events where no-one actually knows anyone else, but everyone pretends they do - all at the instigation of one friend, who seems obsessed with resurrecting old school acquaintances. If I haven't spoken to someone in 10 years or more, there's usually a reason for it.

So here I am, bad drink in hands, checking the clock for the earliest polite opportunity to leave and vaguely considering whether jumping out of a third storey window to freedom would hurt all that much, when an old schoolmate approached. And I had a deer-in-headlights moment

"Do you remember me?"

Yes. I remembered him.

He was my best friend, my oldest friend - a boy I'd known since we were both in nappies  He was the first person I came out to, when I had just turned 14.

I remember my oldest friend hitting me then kicking while I lay on the floor until things cracked.

I remember my oldest friend telling him.

I remember them throwing things at me. I remember trying not to leave school unless I was in a group. I remember him and his friends waiting for me as I walked to school and walked home.

I remember lying to my teachers, pretending there was nothing wrong, refusing to talk to them. I remember being angry and snarling at them when they pressed. I remember them wondering if there was something wrong at home.

I remember this lasting until I left school. I remember picking a college based not on what was best for me - but because I was sure he and his friends weren't going.

I remember this, though I've tried REALLY hard not to over the years. I still have the scars - physical and mental. I was damaged by these memories, badly. Not the only damage or perhaps even the most severe, but damaged nevertheless. Damage that took a long time to repair, damage that still isn't entirely fixed.

But he didn't remember, or wanted to pretend it didn't happen. And he  stood there and smiling and carrying on the great pretence that we were friends. That we had good times to talk about. That we had happy memories and pleasant reminiscences.

And I played by the script. I pasted a plastic smile on my face. I laughed, I told pathetic jokes and helped slop whitewash over the mess of history. I joined in the pretence, I kept up the act. I let the lie stand that it didn't matter, that it was bygones, that time had healed all wounds. All the while not sure whether I wanted to run away or go for the throat. But I played nice. I did the acceptable thing, the mature thing.

After all, I'm 28 now. Isn't it petty to hold grudges over things that ended when I was 16? Doesn't it mean I am weak and pathetic to still be hurt by that? Shouldn't an adult be able to put that behind them? Surely there's something wrong with me for this still to matter? Surely I'm being ridiculous treating incidents as a teenager as important?

But it feels important. It took me 4 days to write this. 4 days, when normally I tear off a post in a few hours (hence the typos). 4 days where I kept coming back, deleting, stopping, considering scrapping the whole thing. Beloved and friends have kept me from a funk of depression, I've been trying to raise some anger, to force humour - anything to not feel so... small and weak over this. I still don't know if I'll finish it or how to finish it.

I spend a lot of my time running and hiding from the various incidents of homophobia in my life. It has long been my way of (not) dealing with them. It's ironic that I devote so much time to fighting, confronting and combating homophobia but still do my level best to deny and avoid my own experiences. It is hard to have those walls torn down, to be forced to look at the things I've been so studiously ignoring. And I can't help but feel ashamed that those walls coming down still hurts, that I have somehow failed

So, yes, it was 12-14 years ago, but I am still vulnerable to it. And, though I'm having a problem accepting this, I have a right to be vulnerable to this, to be hurt by this. I have no reason to be ashamed that I am not strong enough to brush this off, nor should I feel like I've failed because it still leaves its mark on me.

Easy words to type... much harder to believe.

It has to be said, as far as parties went it wasn't the best. Next time, I'm totally bringing a cheaper bottle. And maybe an axe.