Dear  readers, instead of a traditional “Sunday Shame” I have decided to ask you to play the role of arbitrator in a long standing debate disagreement that has been going on for the last 18 years between the unhusband and I.

Let’s start with decorative soap.  I love the idea.  Not only are they beautiful, they make the bathroom smell nice.   I have been trying to have decorative soap for years and yet the unhusband clearly sees this as a waste.  No matter how many times I put nice soap into the bathroom, invariably he uses it. 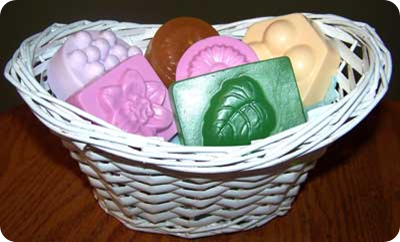 What is so wrong with having nice smelling soap that adds to the decor in the bathroom?   I have been buying decorative soap for years, and he has been using it for years.  If he waited until the soap had grown dusty, I would not have a problem with it, but the moment he sees decorative soap, he seems to get this overwhelming desire to USE THEM.

Moving on to my second issue.   My beautiful decorative/guest towels.   In the kitchen I like to put out decorative towels.  I think they are a cheap way to add to the room and he sees them as something to mop up his spills with.   I swear the moment he spills some tomato sauce he makes a beeline for my towels and they are ruined.

I also like to keep a set of guest towels for the bathroom.  Some are decorative hand towels, which again add to the decor and some are for when we have company come to stay.  I officially don’t get why guest towels are such an issue.  Of course, according to eggplant head A.K.A the unhusband, they were made to be used and should be honoured to come into contact with his wonderfulness (the towels that is).

So there you have it gentle readers.  I am sure you can see WHY this is so irritating and so I am going to leave it in your hands.   Please weigh in and bring an end to this on going feud, and when you are done playing judge and jury, feel free to share some irritating pet peeve that the person you live with does.