Every week Allison McCarthy tries to convince me that her latest concoction is just to die for.  Invariably she will send me a picture of something that looks like it belongs in a diaper and then gush about how good it is.  Her biscuit and smoked almond gravy was just about the worst looking thing I have ever seen.  I sometimes  wonder if she should get together with the unhusband, and talk about cooking, because  misery loves company.  The stove must just weep when either of them approaches.

She seems to think that I am anti-vegan; however, I am simply against pretending that something looks appealing when it does not. So anyway, Ms. McCarthy has become fascinated with a book called “The Vegan Soul Kitchen” by Bryant Terry. Every week she tries something new,  and invariably some kind of fall out occurs.

In the process of making Jamaican Veggie Patties (yeah I know, it just sounds wrong),  she  had to cut a jalapeño pepper for the hot pepper sauce.  Now this seems like a pretty simple task doesn’t it?   Well of course, Allison had to find a way to turn it into a Sunday shame.   First she cut the peppers with no gloves on, and then decided, hey my eye is itchy -- and she rubbed her eye….Can you picture the fire?  She must have looked like the eye of Sauron. 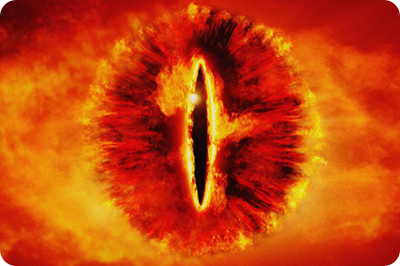 You could say that perhaps I am picking on poor Gus, aka Allison McCarthy, but who the hell rubs their eyes right after cutting a jalapeño pepper?  I think this goes down in the annals of Kitchen Disasterhood.  Okay, your turn, what self inflicted injury have you had in the kitchen?  Come on, I know that poor Allison is not the only one to cause herself severe pain.  Some people should just stay out of the kitchen period…..