The term "tea-bagger" is like uttering the "n" word 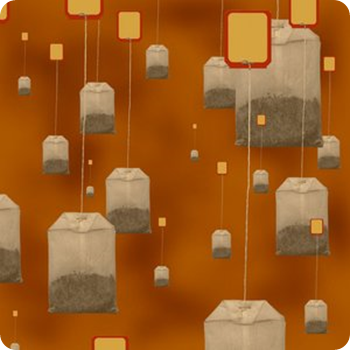 Here we go again with the insensitive comparisons to a word that needs to disappear altogether from our vocabulary. Of course, to privileged White men, revisionist history that turns them into the great unwashed oppressed, is just another day in wonderland.

The term "tea-bagger" is like uttering the "n" word, some say. Though he aspires to promote civility, evidence has surfaced that President Obama has added "tea-bagger" to his public lexicon, though it's considered a cheap and tawdry insult by "tea party" activists. Watchdogs at Americans for Tax Reform (ATR) barked when they saw the proof, tucked in a sneak peak of Newsweek columnist Jonathan Alter's new book, "The Promise: President Obama, Year One," to be released May 18. Indeed, it appears the president joined certain partisan critics and the liberal media, and took the tea-bag plunge.

"This remark is the equivalent of using the 'n' word. It shows contempt for middle America, expressed knowingly, contemptuously, on purpose, and with a smirk. It is indefensible to use this word. The president knows what it means, and his people know what it means. The public thought we reached a new low of incivility during the Clinton administration. Well, the Obama administration has just outdone them," ATR president Grover Norquist tells Inside the Beltway.  (source)

There is no word that is “like the n word”.  It has a very specific history and is used specifically to degrade a Black person based specifically on race.  The moment that the n word is uttered in a conversation between Whites and Blacks, the power dynamic instantly changes, because the White person has claimed racial superiority to which there can be no defence.

Let’s just set history right: unlike Black people who never actually chose to call themselves the scurrilous word nigger, the tea baggers actively chose their label.  It was not until people on the left like Rachel Maddow began laughing at their choice, that they had a problem with the label. 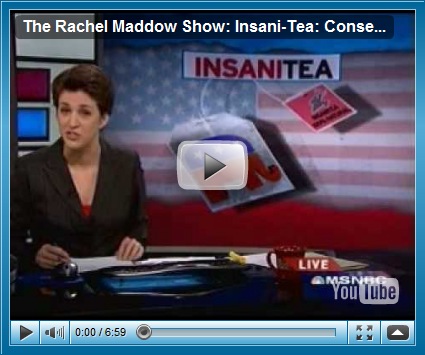 Had they done a little bit of research before they chose the label, they would have realized that tea bagging refers to a sexual activity.  A simple trip to Wikipedia would have revealed that: “To tea bag is a slang term for the act of a man placing his scrotum in the mouth of a sexual partner. The practice resembles dipping a tea bag into a cup of tea when it is done in a repeated in-and-out motion. As a form of non-penetrative sex, it can be done for its own enjoyment or as foreplay before other activities, such as oral sex”.

But the tea party was far more interested in re-enacting a moment from American history, to consider that the term might have evolved since it was first used.  I suppose if they had a few progressives, or even gays and lesbians in their movement, they might have had the knowledge to think twice -- but hey, that’s what you get for being closed minded troglodytes.

To then turn around and claim that a label they chose is the equivalent of the n word, reveals just how over privileged and clueless these people are. Tell me, are teabaggers being enslaved, lynched, raped, routinely beaten and murdered by the police, over represented in the prison industrial complex, under educated, impoverished and above the national average in unemployment?  When they watch television can they see their race glorified 24/7?  Yeah the poor teabaggers have it rough alright, no wonder they think that having to suffer the presence of a Black man in the White house and paying their fair share of taxes is oppression.

bell hooks has said repeatedly that there is no such thing as a good oppression; however, everything that the tea party is currently facing is  of their own making -- and none of it can be reasonably characterized as oppression.   This is nothing more than a group of people acting out of fear and anger attempting to maintain a privilege that they view to be their birth right, on the backs of the marginalized.  Tea Partyers don’t want to know what it is really like to be treated like a nigger, they only want to play at oppression for the sake of pushing their selfish, twisted message.