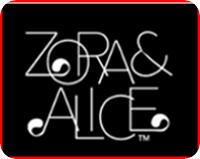 This is a guest post by Ope Bukola who is the founder/Editor of a new online magazine for young black women called Zora&Alice.  “From work to health to relationships to politics, when you’re with your sisters, it all gets talked about. It’s a conversation that doesn’t force you to get in a box and stay there. You’ll sound confident and fragile, hopeful and cynical, silly and serious. Your mood will shift. You’ll contradict yourself. Others may see a girl at odds with herself. We see a girl figuring out herself.” 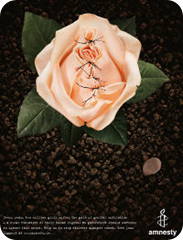 Browsing my rss feeds last Friday, I came across a terrifying headline via Feministing: “Female Genital Cutting Added to Possible Procedures via American Association of Pediatricians.” The post referenced a press release by  Equality Now which condemns a statement by the AAP that “promotes female genital mutilation (FGM) and advocates for “federal and state laws [to] enable paediatricians to reach out to families by offering a ‘ritual nick’,” such as pricking or minor incisions of girls’ clitorises. ”

I’ve gotten too worked up over statements that turned out to be only half-truths so I headed over to the AAP website for the primary source.  As it turns out, Feministing’s headline is overblown, as is claiming the AAP is promoting FGM.  Instead, the AAP proposes  a “compromise,”  noting:

“Some physicians, including pediatricians who work closely with immigrant populations in which FGC is the norm, have voiced concern about the adverse effects of criminalization of the practice on educational efforts.32 These physicians emphasize the significance of a ceremonial ritual in the initiation of the girl or adolescent as a community member and advocate only pricking or incising the clitoral skin as sufficient to satisfy cultural requirements. This is no more of an alteration than ear piercing. A legitimate concern is that parents who are denied the cooperation of a physician will send their girls back to their home country for a much more severe and dangerous procedure or use the services of a non–medically trained person in North America.”

While I think the compromise approach is ultimately wrong, I can understand  the AAP’s dilemma.   The AAP’s new position, and the reactions that have followed, highlight a thorny issue when it comes to cultural assimilation:  what do we do if a culture has traditionally important but inhumane or anti-women traditions?

As an immigrant and a child of immigrants, this question hits close to home.  For example, in my own culture, after the death of a woman’s husband, it’s not uncommon for the deceased husband’s family to claim ownership over all his  marital property, leaving the wife and children with little. While technically illegal, this practice is not uncommon. I once overhead a group of men, including my father, discussing the issue. One man vehemently defended the traditional law that prohibits women from owning land. In the case of the deceased husbands, he believed wives should keep everything except land (essentially the most valuable property).  I didn’t jump into the fray in that conversation but, growing up, I often argued with my parents over elements of  our tradition that I perceived to be anti-women.

As our country becomes increasingly diverse, we’ll have to face more  situations that pit culture against women’s rights. If our goal is to  foster trust between immigrant communities and American officials (doctors, police, etc.), then we must respect their cultures. It is extremely insulting to assume that women want or need to be saved from their culture. That is the attitude of the supporters of the ill-advised bans against face coverings in some European countries. That being said, cultural relativism can and should have its limits. Most states have outlawed corporal punishment in public schools, regardless of cultural feelings about it. We can’t forsake our national standards on human rights for the sake of respecting cultural traditions.

So how do we  balance cultural relativism and individual rights? It must come down to a matter of agency. Our goal should be to create an environment in which women have the agency over their own lives. I might try to convince someone she’s made the wrong choice, but I’d never want to take that choice away from her. Many women will, in the name of culture, religion, or other beliefs, choose to place themselves under what looks to others to be “restrictions.” To each her own.

The issue gets more complicated when it comes to the choices women can make for their children. Clearly, young children can’t act on their agency, but that doesn’t mean they don’t have it.  In taking a stance,  we have to consider not just the potential for physical arm, but also the intent. More than just being a cultural practice, FGM is intended to “preserve virginity and family honour and prevent immorality… further marriage goals, including enhancement of sexual pleasure for men.”  FGM takes away young women’s  self determination and sexual agency.  It doesn’t make sense to offer even a physically harmless “watered down” option. If modern Chinese tried to revive the ancient tradition of foot binding, the right response would be to condemn not just the practice but the intent/philosophy behind it.

There are circumstances where compromises for the sake of culture makes sense. Ultimately, this isn’t one of them.

What do you think? Did the AAP make the right decision? When does it make sense to compromise for cultural reasons?