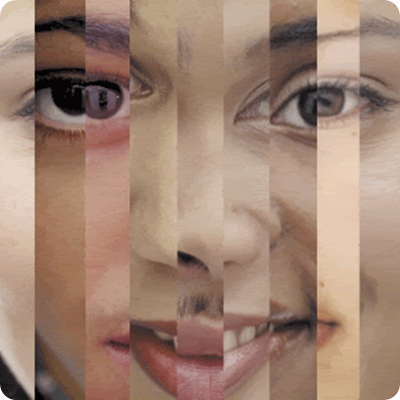 It seems that I once again I have to write a post about womanism, because I have been getting e-mails and comments  referring to me as a “Black feminist”.  When White feminists are not ignoring my womanism, they are calling it divisive, or a separatist movement, in the hopes of delegitimizing it.  Of course, all this does is increase my commitment to womanism.

Feminism has long claimed to be a movement to advance women’s rights, and yet it’s history is filled with incidents in which marginalized women are soundly rejected or ignored.  Womanism is not a separatist movement.  Just as feminism speaks to your experiences, Africanna Womanism speaks to mine.  It allows me to articulate my spirituality, my connection and love of Black men, a genuine sisterhood with other Black women, a connection to family with a special emphasis on motherhood, a self-defined identity, unconventional gender roles, collective outcomes, group achievement, self love, nurturing, and a recognition that all isms effect women.  I have found that none of these things consistently appear in feminism, but they are central tenets of womanism.

Womanism is not just Black feminism, and when you create it as such, you deny our identity and erase the women who do identify as Black feminists. At the heart of this erasure is a desire to oppress.  White women have for generations articulated a theory that centers their concerns and their needs, and the existence of womanism is seen as a threat to this hegemony.  If White feminists are so committed to agency, why is my desire to self-identify  so alarming?

This is about colonialism.  Our desire to nurture, to embrace women’s spaces, to embrace our families, is perceived as a threat because Whiteness is continually attempting to break the bonds of people of colour in order to control every facet of our existence.  This is why when White feminists  participate in conversations about reproduction, they are specifically centered  on the right to have an abortion, and womanists ask the question what about motherhood? This is why White feminists can create all men as equal, and womanists acknowledge our blood bond with Black men, and the ways in which racism unites us in a fight for justice.  This is why White feminists  belittle children and womanists fight for their value because we know that the fruit of our wombs are always considered the surplus population.

Womanism is more than a political label to me; it encompasses that which I love the most.  And when you tell me that this is divisive, what you are saying is that I don’t belong unless I am obedient and subservient to your needs.  This is why White feminists can come into this space and ignore that it is not run or maintained for them, while lecturing me on how I let feminism down.  I am constantly asked to provide resources explaining my beliefs, to justify the existence of my label, and yet feminism apparently needs no defence despite its clearly racist, transphobic, homophobic, disabelist history.  Only my body and my beliefs require explanation, because it is still considered the eternal “other.”

What I see is a continuous oppositional approach to women’s organizing that leaves many women on the margins.  You cannot theorize a meal, or fucking indoor plumbing okay.  There are real world problems that no amount of theory can explain, and yet when womanists say this is my life, my knowledge, my history, it is soundly rejected to instead preference some esoteric feminist who has no knowledge of our experiences.  There is a place for theory and there is a place for communal solutions. It is time for White feminists to seriously be quiet and just listen. Your voices will not be missed because we have had our fill of your misinterpretations.

This is a womanist space, and that means it will be filled with ideas that are central to womanism.  It is just as much a space for women and women’s organizing as any conventional feminist space, with the difference being separate organizing principles.  I will not allow this space to be colonized for the purposes of further silencing marginalized women.  This means that here there shall be no consuming the “other”.  Here, the subaltern shall not only speak, but be heard.

Honestly, I hope this is the last such post I shall have to write.  I am tired of having to defend my identify because others seek to colonize by existence for their benefit.  I have taken the time to learn your beliefs for the sake of my survival -- and if White feminists  are truly interested in equality, it is more than time for you to make a legitimate effort to consciously murder the monolithic woman -- because she exists only to  erase my rightful place in women’s organising.