THE FALL OF THE SUPERMODEL. 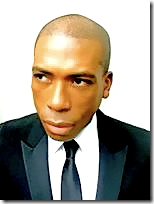 Robert L. Danforth is a freelance writer and blogger for BONIFACE NOW.
BONIFACE NOW is a multi-media weblog launched during the summer of 2009. The blog spotlights news and people surrounding popular culture in the U.S.A.
Danforth is a published political commentator at Advocate.com.
He lives in New York City.

Tom Nicon was a 22 year old French fashion model. He was found dead after an apparent fall from his apartment window yesterday in Milan. Nicon was a top runway walker for designer shows like Louis Vuitton and Burberry among others. As reported to Isaac Likes, a friend of Nicon says "...he did the Versace fitting this morning. After that he was supposed to go to his agency, but he never arrived. I don't know if it was suicide or if he fell."

Tom Nicon (pictured above)
During the last couple of years, several models have died due mysterious circumstances including suicide. Last April, Ambrose Olsen, 24, was found dead. He was rumored to have hung himself, but the reports have never been officially confirmed. Tragically, Olsen's death occurred on the same day as Colombian model Lina Marulanda who jumped from her balcony, distraught after a recent divorce from her second husband Carlos Onate.

The 5'10 stunner catapulted from a local Seoul, Korea based model to global recognition strutting the runways in Paris and Milan.

Before her death, on her blog, Kim wrote of her animosity towards the fashion industry, personal feelings and her depression.

Jean-Pierre Verges says "...Kim wrote she was "mad, depressed and overworked," and in another entry said "the more i gain the more lonely it is ... i know i'm like a ghost."

In 2008, American model Randy Johnston (pictured below), died of a heroin overdose in the U.K. He was an advertising star for Dior Homme, embodying the rock & roll skinny male model phenomenon of the "Hedi Slimane Effect". Johnston's friends report that he had an ongoing problem with heroin which lead to a horrible addiction. He was 20 years old at the time of his death. 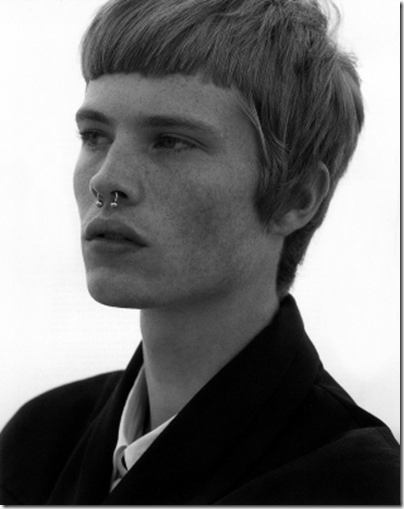 Randy Johnston (pictured above)
Like Tom Nicon, Canadian model Hayley Marie Kohle (pictured below) fell to her death from an apartment balcony in Milan. According to Frockwriter, "Kohle jumped from the balcony of the seventh floor apartment suite she had been sharing with five Russian models."

Kohle's roommates reportedly told both the local police and Ugo Besozzi of Future Models, that Kohle jumped from the balcony after saying she was going outside to smoke a cigarette. Her roommates suggest that she took her own life.

"The girls there told the story. Everyone said the same thing: At one point she said that she was going to smoke a cigarette. She opened the window and drastically took that decision. There was no warning and nobody could have done anything about it," Besozzi said.

Rushlana Korshunova's (pictured below) death was ruled 'suicide' in 2008 after she too fell from her apartment building here in New York.

Originally from the former Soviet Republic of Kazakhstan, the European Vogue cover model often wrote poetry about her emotional distress and loss of self identity. "I'm so lost. Will I ever find myself?" she wrote.

The reason why fashion models self-destruct? Certainly I can only guess.

It is suggested that many model's may set an unrealistic goal to achieve a super standard of beauty and perfection that they can never reach. Others say that the pressure for industry acceptance, and constant rejection that even the most beautiful models face can be more than most can bear. Traveling around the world at a very young age, away from family and friends may lead to loneliness and depression. Successful models are overworked, spending long hours at photo shoots, on airplanes, and working show after show after show. Eating disorders and body image obsession is a form of emotional distress that models endure. Perhaps its drug addiction or alcohol abuse or both.


Isaac Likes posts "As a fellow model said [to me] this afternoon, "People think we are young and beautiful and rich and happy. But we're not. We go to castings and the directors take one look at us and then we're dismissed. You spend your whole life wondering what's wrong with you. Why didn't I get that job? You're competing with your friends, you're away from your family. The pressure is huge. It's not the fairytale life people would expect."
What seems clear is that behind the beautiful faces on the covers of Vogue may lie an ugly truth. Artem Perchenok, Korshunova's ex boyfriend said it best, "I think she just gave up."

Which leads me to the question. You never really know what's truly going on with people, do you?
-Robert L. Danforth
Posted by Renee at Monday, June 21, 2010