I'm usually paying attention when Black LGBT leaders lists are put together by media outlets geared toward people of color.

I've found these lists are heavy on the gay and lesbian side of the community, forget the bi part or add them as an afterthought, and either forget the trans part altogether or mistakenly believe that drag queens are acceptable substitutes for actual trans people.

Not surprisingly, I get to tell y'all about another African descended media outlet that fails in that regard.

The Grio.com recently put together a list of 15 LGBT Leaders of the Future. 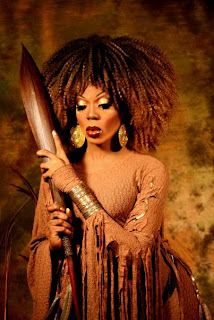 While there are some wonderful and well deserving people on the list Talia Whyte compiled such as Keith Boykin, Pam Spaulding, Jane Velez-Mitchell, Anthony Woods, Staceyann Chin, Lee Daniels and Wanda Sykes, I'll give you one guess who she chose as what she thought was a representative of the trans community.

Okay, how many times do I have to say this Black GL community and African descended cis allies? This next paragraph also applies to elements of the vanilla flavoured GL community and our cis allies, too as well, so pay attention.


Yes, there are and have been drag artists that not only have done high quality work in terms of entertaining the community, but stepped up offstage to fulfill leadership roles for the TBLG community. 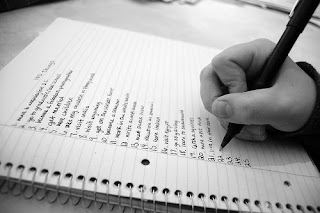 But I'm beyond sick and tired of being sick and tired of Black peeps putting lists together advertised as LGBT community ones and being too fracking lazy to do the work to find actual trans leaders to profile on these lists.

And don't give me or the African descended trans community the weak azz excuse about you don't know or can't find any trans leaders or accuse me of sour grapes for calling y'all out on the oversight.

This isn't even about me, so don't go there. It's about the erasure of African descended transpeople.

My point is that if our own people don't or won't show us some love when you compile these leadership lists, and you write for one of our leading blogosphere sites directed at the African-American community gay and straight, how in the hell can we Black trans leaders who are doing the work expect the predominately white TBLG community to respect us as well?