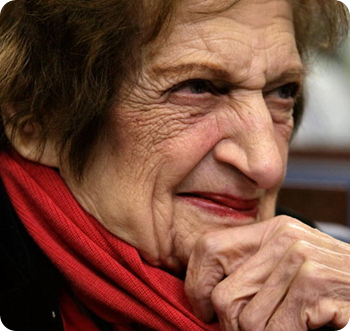 One cannot possibly deny that Helen Thomas is a remarkable woman.  She has had the courage to speak for decades while other White House reporters sat quietly waiting for crumbs.  Far to many today are celebrating her retirement, having long wanted to see her chair vacant and filled with a supplicant. It is not an accident that Ari Fleisher, former White House press secretary for George Bush, sent e-mails spreading the word about Thomas’ ill advised comments regarding Israel, while calling for her to be fired.

"Tell them to get the hell out of Palestine," the doyenne of the Washington press corps said, and laughed. "Remember, these people are occupied, and it's their land."

Nesenoff asked where she thought they should go.

The existence of Israel is not something anyone, regardless of their credentials can ever be flippant about.  Israel was created after millions of Jews were slaughtered  due to Anti-Semitism and the appeasement strategy of western governments.  They knew very well what Hitler was doing to Jewish people, and quite simply did not give a damn.  Western governments turned away Jewish refugees, and had a safe harbour like Israel existed at the time, Jewish people would have had a place to go.

We cannot deny that there are certainly problems with the way the Israeli government is treating the Palestinians. In fact, I would argue that with their denial of vital resources, as well as untold murders, they represent a hostile regime that has in the past engaged in what can and should be deemed terrorist activity.  It is however a far cry from denouncing the policies of the Israeli government, to announcing that Jews should just go back home.  Back home to where exactly?  It did not occur to Thomas that there are Jewish families that have been living in Israel for centuries, furthermore not all Jews residing in Israel are of European heritage.

With her comments, Thomas privileged one group of people over another and that is in large part what continues to fuel much of the anger and aggression that plagues the Middle East.  Palestinians and Jews BOTH have a right to independence, and they BOTH have a right to exist free of the threat of violence. I certainly believe that we have a responsibility to be critical of Israel's treatment of the Palestinians as social justice advocates, but we must be wary of using that same anger toward the injustice to engage in “othering.”

When I first heard this story on CNN this morning there were those that were defending Thomas based in her age.  In three months she will be 90 years old, and it was suggested that perhaps she is not functioning with the same capabilities as a forty year old.  Using ageism as a defence for her statements is unacceptable because it  reduces a group of people. You cannot use an ism to defend obvious bigotry. The “othering”of seniors as a defence falls into the same category as Thomas dismissing history to preface her own political position.  People matter and that is what is at the heart of this controversy.  You cannot and should not defend the indefensible simply because it was an action taken by someone that you respect.

On “The View” this morning, Whoopie Goldberg suggested that this falls under the category of free speech and therefore, she believes that Helen Thomas should not have lost her job.  It is not clear at this time if Thomas decided to retire of her own accord, or was pushed out, but the fact remains that speech comes at a cost. And whether it is Thomas or Don Imus, people should bare the responsibility for their language.  The notion that people should be able to speak without consequence means that marginalized bodies end up carrying the weight of the stigma that is created when speech is used for the sole purpose of attacking someone’s right to exist.

You don’t have to agree with the creation of Israel, or Israeli policies, but I do think announcing cavalierly that people should just go home, or that they don’t belong sets up a dangerous hierarchy that Jewish people have seen only too personally leads to death. Announcing that Jews should return to a country that slaughtered them in cold blood says to me that Helen Thomas decided that the lives of Palestinians are worth more than Jewish lives.  The moment we decide that some people are naturally more deserving, is the moment we create the circumstances for  margianlization and as we have seen, the consequences can range from small discrimination to death.

It is terrible that Thomas’s distinguished career is ending in this manner.  When people look back at her legacy they will mention this incident and it will forever tarnish her reputation.  What this incident teaches us is that no one is above accountability.  It is however sad it was Thomas who taught us this lesson, when so many others remain unpunished for language and or behaviour that is equally if not more heinous.