The Ladies No.1 Detective Agency: The Comfort of Blackness 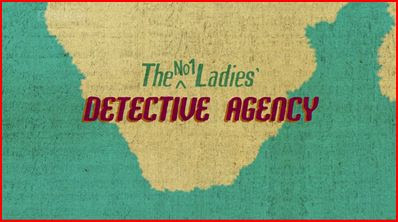 Last week when I took two days off, I finally got around to watching “The Ladies No.1 Detective Agency”.  So, those of you who have been sending me e-mail mentioning how great this show is can now stop,  and Monica you can stop your phone harassment.  I figured when this many women of colour are excited about a show, there has to be something worthwhile there.  Normally when I think of Black shows my mind goes straight to coonery and buffoonery (Meet the Browns, or anything else on the WB).  “The Ladies No.1 Detective Agency” was a joint project between HBO and everyone’s favourite auntie The BBC.  It stars Jill Scott (yep, that woman is a triple threat), Anika Noni Rose, Lucian Msamati, John Kani, Desmond Dube, David Oyelowo,  and Nikki Amuka Bird.   It is set in Botswana and  series is based on “The Ladies No.1 Detective Agency” books by Alexander McCall Smith. 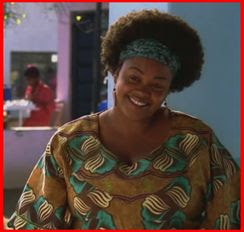 The first thing that caught my attention, is the fact that it is set in Botswana.  Often when westerners see images of Africa, they include but are not limited to, the rape of women in the Congo, starvation (must have emaciated child covered in flies), and anti-GLBT sentiments.  It is very rare to see positive images of Africa and even more rare that a specific country is targeted rather than referring to Africa as if is a monolith rather than a collection of various countries with a multitude of countries, religions and cultures. “The Ladies No.1 Detective Agency,” makes a point of focusing on the Botswana's culture through music, dress,food and inter-personal interaction, as well as the absolutely beautiful landscape.  Quite often I wished that I could just jump through my television screen and have a cup of bush tea with Precious (played by Jill Scott)

The story begins on Precious' father's deathbed.  The loss of this relationship really saddens her because he appears to have been her only parent and he really invested in his daughter.  He took pride in teaching her everything that he would have taught a son.  He left her a rich woman by leaving her a huge heard of cows, which she sold as seed money to start her own business.  Here, we have an example of a positive daughter father relationship -- and a wonderful adult Black female character that is full of agency.


Precious however, is still a haunted woman because she is a survivor of domestic violence, and lost her child after her husband beat her.  This haunts her throughout the entirety of the season, but she is determined to keep going and to create a new life for herself.  She never runs from this fear and knows that this loss, as painful as it is, is a part of who she is and who she will become.

The other really exciting thing about Precious is that she is played by a plus-sized woman, which is referred to as a "traditional figure" on the show.  There are certainly scenes like when she investigates the actions of a lecherous husband where her fatness does feel like it is a fetish; however, throughout the show, Precious is constructed as naturally beautiful (no surprise since we are talking about Jill Scott) and confident.  And unlike most representations of fat women in the media, Precious is proud and filled with wonderful self-esteem.  She gives meaning to the words fat is beautiful. The dresses she wears are to die for also (yep I want one, that’s me asking for a link btw)

Early in the episode we are introduced to Mma Grace Makutsi played by Anika Noni Rose, whose claim to fame is graduating from a secretarial school with 97%.  This may not seem impressive at first glance, but as the show progresses, we learn that Grace has lost job opportunities because she refuses to perform a patriarchal form of womanhood to get ahead.  This has cost her dearly, because she is the sole support of herself and her brother who is living with HIV/AIDS.  It would be easy to see this as a woman taking on the traditional role of caretaker, but what makes this so significant, is that we are actively shown that this is a choice that Grace has made, and that it has not been without personal sacrifice.  Grace is bright, and ambitious -- and this is an image not often portrayed in a Black female character, let alone an African character.

BK, who is the owner of the Last Chance Hair Salon, is my absolute favourite character on the show.  He is an openly gay man in Botswana and speaks constantly of finding his dream man.  The scenes in which he and Grace interact are positively hilarious, and he refers to her as 97%.  In one very touching scene, he speaks about how he lost his lover, because he took him for granted and the man left him.  He says that it is a mistake that he will not make again, the next time he is lucky enough to find love.  I think considering the way that homophobia is often discussed in Africa, his character is extremely important,t because it reminds us that this is not about how people treat foreigners -- but that there are African members of the GLBT community.  I will admit that at times he is a little bit camp, but this simply adds to his charm.

When I thought that I could not possibly love this show anymore, they introduced the character of three disabled children; two twin boys who have Down Syndrome and a little girl in a wheel chair.  Most often when the disabled appear in the media, they are played by the TAB, but this is not the case in, “The Ladies No.1 Detective Agency”. The boys are not given lines to speak, but the little girl in the wheel chair becomes a reoccurring character, and we learn that she has the same dreams as any girls of her age.

Critics of the show have complained that it has very little nuance, and that all of the bad characters are really bad -- and the good ones really good -- and while I cannot argue the point, I feel that this is more than compensated for by the overwhelmingly positive images of marginalized bodies. I didn’t even realize until I came to the end of the series, that this was the fresh breath I so desperately needed.  I have written before about the invasion of Whiteness into the consciousness, but it really is not evident how damaging this is to the psyche until one is surrounded by the beautiful shades of Blackness.  It is comforting to see images that reflect you, that you can identify with.  White people do not have this problem, as the majority of media images that they consume, constantly reaffirms Whiteness as worthwhile.

There is much to love in “The Ladies No.1 Detective Agency.”  If you have not seen it, I highly recommend it, if for no other reason than the positive images of Blackness.  I am tired of seeing us play the role of drug dealers, prostitutes, and the downtrodden as though we are not capable of more. If you have seen the show, I am very curious to know what you thought and which characters touched you the most.
Posted by Renee at Monday, June 28, 2010