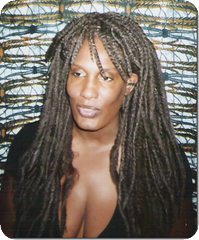 The moment I submitted my piece entitled “The Rap About Gold diggers” to WOMANISTMUSINGS—I knew that a bevy of mostly Non-Black feminists would rise up to protest the foul and fiery Anti-Woman language I used in describing several women of other races in my article.


I wanted you to do that; rise up…so that I could follow up today and expose another double standard.

No one (least of all White, Latina and “other” women) says shit when, on a minute-to-minute basis in this country…Black women are given the blanket stamp “Jealous…bitter…bad attitude…emasculating.”  You all have no problem with that.  These are sexist anti-Woman monikers that White and Non-Black women feminists know all too well.  In your heroic battles against Patriarchy, you fought these words just as hard as you fought the word “bitch”—yet when it comes to us; your silence on what the whole world has to say about Black women’s womanhood is like a stab in the back!
This is very frustrating and builds up and builds up.
In disco clubs, at bus stops, in restaurants, on school yards—it is you and your daughters who make cracks about our hair, our weight, our assumed loneliness, our reputed jealousy of you—everything you can name to make yourself feel better about the benefits you receive for not having been born with your soul housed in a Black body.
Honestly. If I walk into a club and a group of White Men (or even Black men) start saying that I’m beautiful—the first thing our average White, Latina or Asian sister will say is, “Is that your real hair?”
A lot of you really are selfish two-faced bitches.


You’re feminists and “sisters” when it’s convenient for you.  And frankly, though I can’t speak for Black American women, I can speak for a lot of us African immigrant women when I say—we are tired of your shit.
Number one—you really aren’t all that impressive as Sisters. Number two—the term “Sisterhood” is arrogantly thrown around as though it’s some gift or necessity for us whose dark skin places us on the bottom of the food chain.  But the reality is—you need us …a lot more than we need you.  Without us, you’d have no culture; no well of soul and no origin.
Hundreds of years ago, you came to West Africa as “missionaries.”  You and your husbands/fathers originally came to bring those people the word of Jesus Christ.  But you also sat with their children in circles and began teaching them that being born from our Black wombs made them savage and inferior.  From the Holy Bible, you preached in the 1600’s that: “The White Woman is the Virtue in the Bible; her hand is fair….but the Black Woman is the Sex in the Bible.  Her hand is wicked.”  This became your Mantra in West Africa long before they were transported to the Americas.  You, the White and Spanish (Latino) women alike, watched as your men raped and dehumanized African women from Banjul to Ikba and swii village to Ashanti-land to Luck Dahomey to Mende Cliffs.

The White Male’s part in slavery is always promoted and publicized, but indulge me as I take a moment to write about your hand in the formation of this cycle.  You helped in holding the African women down.  You did. You held them down on docks while their newly born infants were plucked from their vaginas.  And “woman to woman; sister to sister”…you and YOUR GOD counted on the “crops” of African babies to sell enough so that you could buy fabric for a new dress, decorate your living rooms and finance finger-sandwich parties in your parlors.
In the United States, after you watched a nation of Indian women be slaughtered and exterminated, you watched as your husbands, fathers, sons and indentured servants brutally raped Black American women.
I can forgive you for that—you had little power.  But what I can’t forgive is that you blamed Black American women for their own rape.  According to you it was her fault.  And right now in 2010, I still hear you blaming Black women for their rape.  Only difference now is that you lay in the beds of Black men while you co-sign this accusation.
It’s not noteworthy to you—but it’s something Black American women think about and live with every damn day.
The same mouths that you use today for chewing and eating with—are the same mouths that you had back then.  And though Black American women feel mighty uncomfortable, at times, with my “harshness”—though they don’t enjoy seeing you confronted and aren’t used to anyone discussing White Women and the beauty that hides their faces—I’m not one of them and I’m not from here.


I am from Sudan; an adopted raised immigrant and American citizen.  And in my devastation at being educated about the history of Black American and Caribbean and Black Canadian and Black South American and Black Latina women…in my pain as an African woman from Omdurman….in my wrenching pain at witnessing on a daily basis the systematic socialized “status quo” in this nation, America, and how Black women are treated…that…is from where my rage blasts up like lava and splatters a laceration that goes deeper than acid and pincher bites.
This has nothing to do with hating you; loving you; being your sister; fairness; Democracy—you will have to go deeper than that.  Because what you routinely flounce in the air as “feminism; womanism”—or claim is appropriate behavior for female interaction—you don’t have a body of people practicing to supports your right to claim that any such sector exists!
This whole nation invokes the Black woman’s “hair weave” nightly in crude televised skits; White girls and Latina girls learn from their White and Latina mothers that it’s alright to dismiss Black womanhood as though it’s a foreign religious cult.  In magazines and feminist way stations, you assert “Common Womanly Experience”, “sisterhood,” “solidarity” and “feminist unity speeches.”  But in the financial and political realms; you do nothing whatsoever to make such Utopic Love Vows a reality.  You don’t just enjoy the beauty standard with regard to skin and hair texture—you do everything in your power to support, protect and hog it.
Mainly, you want to be us.  This isn’t lost on my African eyes.


You claim that the Black woman is “jealous” of your attributes; that you are just a nice, polite, intelligent and liberal being possessed by love and good will for all human kind. And that she’s just “jealous,” “bitter,” “has a nasty attitude,” “isn’t as pretty as us and that’s not our fault—we can’t help it that we’re so FEMININE and they’re not.”
But then you’re always trying to display the Black woman’s image for yourselves.  You insinuate yourself into the Black Man’s struggle as his “shelter”; the person who truly understands him.  You re-write your history as a privileged slave owning (or benefitting) White human being so that it paints you as this great powerless victim and sufferer—equal to the Black woman’s enslavement and innately soulful as her, not because you steal her identity and everything else she has—but because you are entitled; entitled to reign as “American Woman,” “World Representative of the Female Image”—all because the playing field is not even.
Repeat after me “Sister”—the playing field is not even.
Sisterhood often means that Black women are pushed to the margins of their own communities by whoever wants to claim to be them for that day.
The whole world revolves around selfish, infantile, materialistic Straight Haired Women who on some level believe that God has created a Sub-race of women to hoof and bray in your shadow.
No matter how much you feel sorry for us; no matter how much you wish things could be equal; no matter how much you love and adore us—you still; somewhere deep and rooted in your soul believe that you are superior.  And you can’t help but believe this, because let’s face it, most Black people believe it, too; that you are superior.
So please—don’t expect any apologies from me for calling you names during bursts of rage and anger.  Whether I’m wrong and right—I’m not sorry.  And do not blame my nastiness on Black American women.  Because there is nothing that you as White Women, Latinas, Asians, Biracial or any other type can say to me that will append or censor what I have to say to you on behalf of myself or on behalf of what I feel is my Bloodberry; my kin.
You’ve never, as far as I’m concerned, been very good sisters.  What I see is power—White power—ordering Black women invisible as it elevates you into a status marked “Brand Name; Normal; All-Woman.”  But you’re not all that.  No race of women is all that.
If I said something disrespectful to you—then it’s because there’s an angry part of me that doesn’t fully trust and respect you.  I have love for all human beings—but what has that got to do with my position on the food chain?
When I call White women or any women foul names, it’s not…a rational, clinical, academic matter…that can be explained or tempered by good intentions.  Though my pen is powerful and my books are now taught in Universities like Brown and Northwestern—I am not from an academic background.  In fact, I have no formal education.  I’ve been a model; a film actress; a Kept Woman/Mistress/Whore, a novelist, a poet and…somebody’s Wife for ten years.  I am a pure unadulterated “couscous cooking” African Nilotic Egypto Waaq woman by way of Anacostia Park in South Eeast Washington, D.C.  I tend to say things in a very street way.
But more than that, women have always cursed and fought other women. Maybe you’re not used to the “Maid” fighting back—but women have always risen up to kill other women when it was absolutely necessary.  And because so many privileged women, and even lower class women, fail to acknowledge the gross injustices in this society’s adoration of its light daughter and its contempt for the dark one—a lot more young women fighting other young women is exactly where we’re headed.
No one wants it; certainly not I.  But the fact is, there is no set of feminist-womanist “sisterhood” speeches, Daisy Chain Dreams or good intentions that can stop it.
Posted by Renee at Friday, June 11, 2010