Kate Perry Should Go Back to Kissing Girls in California

Kate Perry already owes the world for singing, “I kissed A Girl”  Yeah, if it’s a girl it’s not really cheating, because that isn’t really sex right.   I had sincerely hoped that when the song faded into oblivion that this would be the last I would hear of Kate Perry, but apparently, the woman is determined to share what looks like a drug fueled fantasy with the world.

So I just have to ask what the hell is this?: 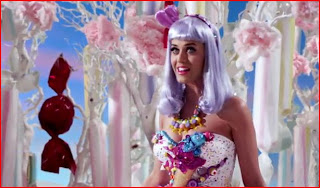 And what pray tell is this? 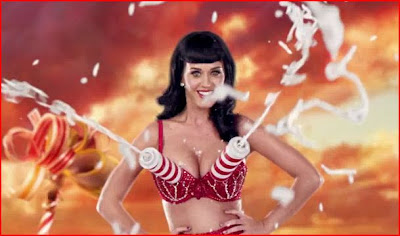 Is she trying to make some playful point about breastfeeding that I am missing?
I get that these artsy types exist on a different plain, but when you have a video that features Snoop Dog getting down with gummy bears, I think the logical assumption is that the woman had some help getting there. 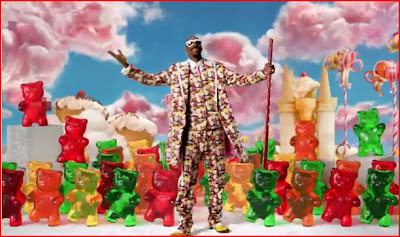 Tell me that doesn’t scream magic mushroom.  I couldn’t even pay attention to the song when I watched the video on youtube because all I could see were the colours man, like whoa even.  Maybe Perry went this route because despite being able to kiss a girl, she can’t dance or maybe she realized that her naked butt on a cloud wasn’t all that interesting. Don’t believe me; have a look. 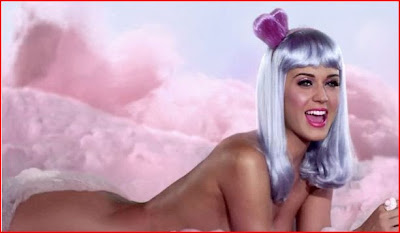 The whole thing just makes me think of a twisted version of my little pony.  No, I am calling the woman a horse, well not really, more like a horses ass. I’m just saying that if you are going to take a leap into fantasy land, while subjecting the world to your icky ever so pink faux girl power music, the least that you can do is not ruin a great kiddie game that we all grew up loving. 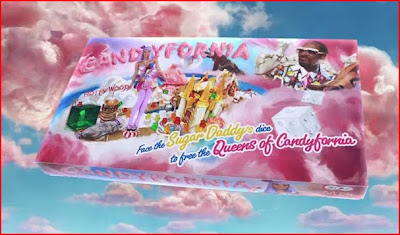 That’s it dear readers, I have now saved you four precious minutes of your life. For another great take on this video, check out the California Gays Music Video.
Posted by Renee at Monday, July 05, 2010