Perhaps We Should Just Be Quiet And Listen To Trans People 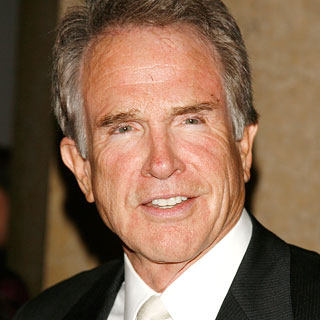 I am a member of a yahoo group that sends me daily e-mail about the trans community.  I asked to be allowed to follow this group because I felt that I needed more information to help me unpack my cis privilege.  Today they sent me an article from The Daily Fail otherwise known as "The Daily Mail," regarding Warren Beatty's disappointment with his daughters decision to change her gender.

The article really seemed geared towards presenting the idea that Beatty should accept his child as he his. The author even correctly gendered Stephen throughout the article.  I thought for once the Daily Fail had published a success, that is until I read the following:


Psychotherapist Elizabeth McKane says: 'This is an extremely complicated issue and there is not one obvious answer as to why people feel the need to change gender.

'Sometimes it has what you might call a genetic component, which is when people say that they have been born in the wrong body.

'In other cases, it is more psychologically complex. It may be that, if she wants to live as a gay man, she is seeking to write women out of the equation because of what she feels relationships are like between men and women.'

They found an "expert" who decided that it was okay to misgender Stephen -- and then had the nerve to suggest that the reason he chose to transition is because he has an issue with heterosexual relationships.  Could this woman be anymore condescending?

It seems to me that part of the issue is that cisgender gatekeepers are often asked to speak on behalf of trans people, rather than allowing trans people to speak for themselves. People ignore the fact that trans people have often been forced to give the answers that gatekeepers want to hear in order to have their transitions approved.  Some gatekeepers have denied transition simply based in whether they believe that a trans person can pass (note: I hate that term), based on their own criteria.

I think the best way to find out why someone has chosen to transition is to ask them, rather than deconstructing the hell out of their bodies trying to prove a social theory.  Stephen apparently has wanted to transition since childhood, and therefore; it stands to reason that he has his own personal reasons for wanting to do so -- and to assign a reason to him, without discussing the issue with him smacks of cissexism.  Just because someone has initials after their name, does not mean that they have more knowledge of what it is to be a trans person that trans people themselves.

On page 212 of "Whipping Girl" by Julia Serano she has this to say:

I have no real way of knowing whether the psychologist cited in the piece is transgendered, but her comments lead me to believe that this is yet another example of a cis person using their gatekeeper status to define transgender lives.  I further believe that the reason that "The Daily Mail" chose to focus on the story is because of the celebrity status Beatty and the fact that it involves transition.  Very rarely does the mainstream media write stories about trans people that are not specifically focused on transition, because it helps reinforce the idea that a form of artifice is being performed, rather than people living their lives.  The obsession with the genitals of a trans person is just one example of the manner in which cissexism has become an everyday event.

"The Daily Mail" had an opportunity to write a piece that was inclusive and respectful of trans lives, but by relying on a gatekeeper who was clearly working an agenda, they destroyed this piece.  The fact that Stephen is attracted to men is  not incongruent with his subconscious sex, or his desire to live as a man, nor does it give anyone license to decide why he chose to transition.