Why Placing Land Mines In Your Own Country is a Mistake 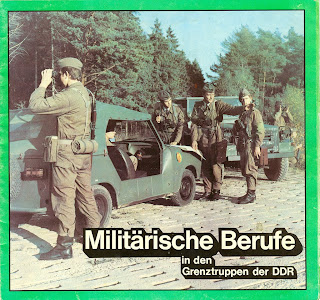 The 'Hate on Latinos' GOP have recently begun spouting as part of their extremist 'secure the borders' immigration rhetoric suggestions of putting minefields along the Mexican border.

In a May 18 radio interview with KNMX in Las Vegas, NM, GOP congressional candidate Tom Mullins said the US could mine the border, install barbed wire and post multilingual signs directing would-be border jumpers to legally cross at designated checkpoints. 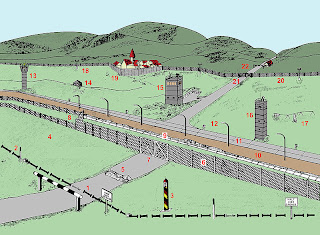 The suggestions of land mining the border reminded me of a Cold War era enhanced border that briefly used mines as part of its design.

Guess Mullins and other 'mine the borders' zealots weren't paying attention when the DDR was in business.

East Germany spent millions of marks from August 13, 1961 until it dissolved October 3, 1990 to place 50,000 AK-47 armed Grenztruppen with shoot to kill orders, maintain a 1381 kilometer long (858 miles) fortified border between itself and the BRD, a fleet of 30 searchlight equipped fast patrol boats along the maritime border segments and build another 140 kilometer (87 mile) wall surrounding West Berlin.

The DDR did so to keep people in their 'worker's paradise' territory while laughably trying to spin it to the rest of the planet as an 'anti fascist protection barrier'. 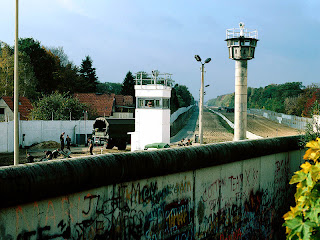 Then again, that's probably where the conservafools got the idea from in the first place since they not only have gun fetishes, they love repressive regimes.

It also fits with the conservafool penchant of solving complex problems by throwing overwhelming military force at it. 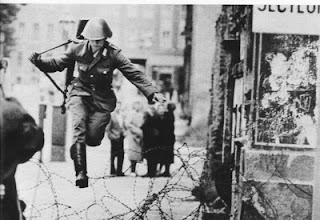 Approximately 1000 people lost their lives trying to cross the inner German border and the Berlin Wall.

While Chris Gueffroy sadly became the last person to be fatally shot by Grenztruppen for attempting to cross the Wall on February 5-6, 1989, far more successfully used any ingenious means necessary to go through, under, around and in some cases over the fortified border to freedom.

Some of the people who escaped or attempted to were the same ideologically pure Grenztruppen who were supposed to be guarding the border. 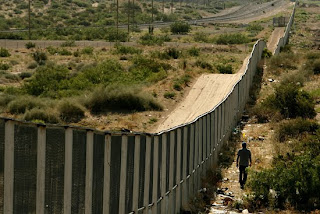 The Republican ranting over border security belies the fact that the U.S.-Mexico border is more fortified now than it was five years ago under the GW Bush misadministration.

Taxpayers are spending billions for more technology, 'Tortilla Curtain' fences, barriers, and increased numbers of Border Patrol agents to protect and reinforce it. There are Border Patrol checkpoints along I-5, I-8, I-10, I-15, I-19, I-25, I-35 and other major highways in proximity to or leading from the border regions and people still come like they did in the East German case, around, over, under and through it. 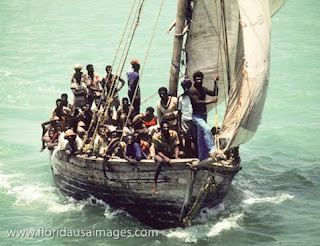 Never underestimate the ingenuity and determination of people who want to get somewhere in order to have a better economic life. The people who risk death sailing from Cuba and Haiti to get to Florida are a prime example of that, and it isn't going to stop Mexicans from continuing to try to cross to the US for a better quality of life either.

Never underestimate the creativity and greed of the folks who wish to make money on those people in the process, or businesspeople in the States who want bargain basement labor costs and a subservient labor force to maximize their profits. 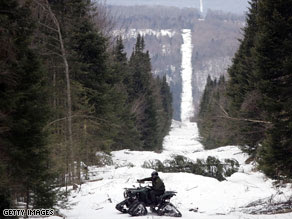 Since you claim to be worried about the budget deficit, are you willing to cut programs you like such as the military budget to come up with the $800 million dollars that are estimated to be needed to fund your enhanced border fence?

If your answer is yes, are you going to build that same enhanced fence along the Canadian border as well?
Posted by Renee at Friday, July 09, 2010