Big Brother: Being A Victim of Homophobia Does not Give License to be Transphobic

Last week, in a post I wrote about "Big Brother," I commented about the fact that Ragan was told that he doing gay wrong, by Rachel -- an evicted house guest. The video was on several blogs, and many went on to comment about how disgusting it was for a straight woman to throw a tirade, because a gay man did not feel like playing the role of her gay bff. In that moment, I felt absolute sympathy for Ragan.  No one should ever be publicly demeaned like that.  Unfortunately, my sympathy did not last long, when Ragan proved on Sunday that being a target, does not make one immune from visiting that same trauma on someone else. 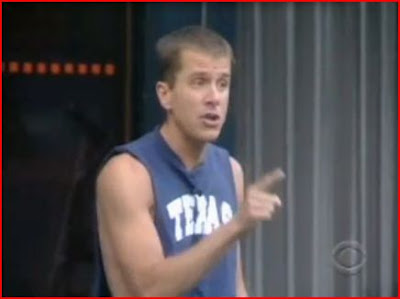 Last week Matt, Ragan's best friend in the house faced eviction.  Naturally, due to the constant tension of being on a reality television show, this was stressful for Ragan.  There were many ways in which he could have articulated what he was going through emotionally, but instead he immediately reached for transphobia and ableism by declaring, he was like a "bi-polar hot tranny mess."

I wasn't shocked to see him use such language, because I am very aware of the various times that the gay community has thrown the trans community under the bus.   What I did find shocking, is the fact that the very same blogs that had posted the video of Ragan's attack by Rachel, found it absolutely unnecessary to take him to task for his language.  How is being attacked for being gay, any more traumatic than a gay man deciding that it was appropriate to use a transphobic slur and be ableist on national television? The silence regarding Ragan's language has been overwhelming.

As oppressed people, it is very easy to slip into the habit of marginalizing another group, because we have been taught to ignore our various privileges and oppress others as a matter of form.  The path to power socially, is based in how easily we can reduce someone and to embrace this, we have to ignore that this very same approach will be used on us, unless we are a het, cis, able bodied, White male, of class privilege.  This is a very narrow category and few of us fit into it -- and yet we continually behave as though we do.

When Ragan was attacked by Rachel, he was rightfully angry and yet he turned around and did the exact same thing just a few days later.  The fact that it was ignored, shows that even within oppressions, we believe in hierarchy and this is absolutely ridiculous, because there is no such thing as a good oppression. Ragan's language did not happen in the course of an argument, but it was every bit as jarring. If we give him a pass because he was a victim of homophobia last week, what we are saying is that trans people, and disabled people don't matter.
Posted by Renee at Wednesday, August 25, 2010