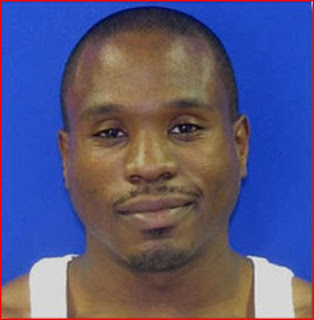 When I saw this story at Bossip, my reaction was WTF.  I mean, who does this?  This isn't even about a man with no home training, this is just plain nasty and rises to the level of assault.  In the tradition of Hollaback, I decided to post his image and what he did to warn other women about this nasty ass man.


Officers were called to the Giant on Muddy Branch Road on July 15 after a woman said she felt something in her hair as she was walking out of the store. She said that she asked the man behind her if he’d felt a drip from above but that the man “acted like he didn’t know what she was talking about,” according to an arrest affidavit filed in court.

In the parking lot, the woman asked a friend to look at her clothes. Her friend said it looked like semen. The victim told police that she then spotted the man in the parking lot and walked toward him, but he sped away.

Police identified Edwards through his bonus card and the surveillance video. Forensic tests confirmed the substance as semen. DNA tests are pending.

Michael Wayne Edwards Jr., 28, has been charged in that incident and in another at a Michaels craft store, also in Gaithersburg. Police said that after questioning Edwards, they are looking for at least two more victims.

Montgomery County Detective Scott Brooks had been investigating the Michaels case since November. A shopper said a man followed her into the store. After he walked by, she felt liquid on the back of her sweater. She looked and thought it was semen. Lab results confirmed it.

Brooks matched that assailant’s description to Edwards, who was charged in the case.

I have heard of many things in this life but this - I don't even have the words for this shit.  It is absolutely disgusting.  I thought I had heard the worst when a man climbed down the hole of a outhouse a few years ago to peek as women as they used the facilities but this - well this even beats that.  I could not help but wonder how many women he has done this to.  And then snapping pictures of them after he  has defiled their person rises to another level of disgusting.  To those that insist in denying that women are targets in this world, pay attention, it only escalates from acts like this.
Posted by Renee at Wednesday, August 04, 2010