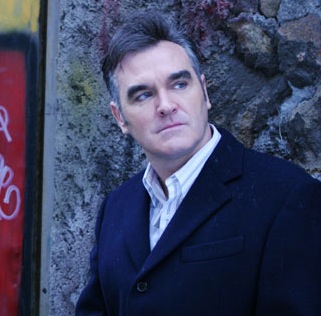 Let me start off by saying that before learning of Morrissey's racist commentary, I had no idea who the hell this man is.  From the little research that I have done about him, clearly this was not a bad thing.  By now, I am sure that quite a few of you have read about his racist commentary regarding Chinese people.  For those that haven't, here is a quick look.


"Did you see the thing on the news about their treatment of animals and animal welfare? Absolutely horrific. You can't help but feel that the Chinese are a subspecies."


Morrissey has been called a racist before for lyrics in songs such as "Bengali in Platforms" and "Asian Rut," and for the anti-immigration comments he made to NME music magazine in 2007. But he's apparently standing by these comments, saying later in a statement:

"If anyone has seen the horrific and unwatchable footage of the Chinese cat and dog trade - animals skinned alive - then they could not possibly argue in favour of China as a caring nation. There are no animal protection laws in China and this results in the worst animal abuse and cruelty on the planet. It is indefensible."

Do I really need to write a paragraph explaining how racist what he said was, or can we all agree that condemning an entire group of people because he didn't like their meat practices makes him a racist mega douche? Why even bother to consider that slaughter practices in the West can at times be equally atrocious, when we know that exists to largely line the pockets of White people?

What I would like to focus in on is the racism that is often practiced by the White vegan community. I am sick and tired of seeing White vegans getting up on their false moral high horses to attack POC.  Whether it is PeTA or this jackass, there seems to be this failure to understand that any oppression is wrong.  The issue is supposedly about animal cruelty and animal exploitation, and yet so many have no problem engaging in racism to promote themselves and their cause.  If you want people (and yes the word people includes POC) to pay attention to your message, engaging in racism is certainly not the best way to do that.

Racism does not have to be indicative of the movement, as various vegans of colour have proven time and time again, but their voices are always drowned out to privielge Whiteness.  The fact that this is reoccurring in various social justice movements, says that no matter how liberal many White people claim to be, racism is something as a group that they are not really willing to challenge, because they fear the loss of privilege -- even in instances when clearly a partnership would further their goals.

Finally, I am absolutely sick of watching as these White vegans put animals over people.  Only the arrogance and hatefulness of Whiteness could possibly make this seem acceptable.  No fucking animal is the equal of a human being. It easy for Whiteness to privilege animals because they have never been compared to animals to reduce their humanity.  It easy for Whiteness to reduce POC, because they are well aware that it benefits them. It easy for Whiteness to use animals as a crutch to maintain their superiority. Of course, people like Morrissey believe that they are being liberal and activist, but all they are doing is maintaining a system of oppression that has existed since Whiteness constructed race to benefit from the minimalization of others.
Posted by Renee at Thursday, September 09, 2010