On Occupied Bodies And UnRaveling Threads 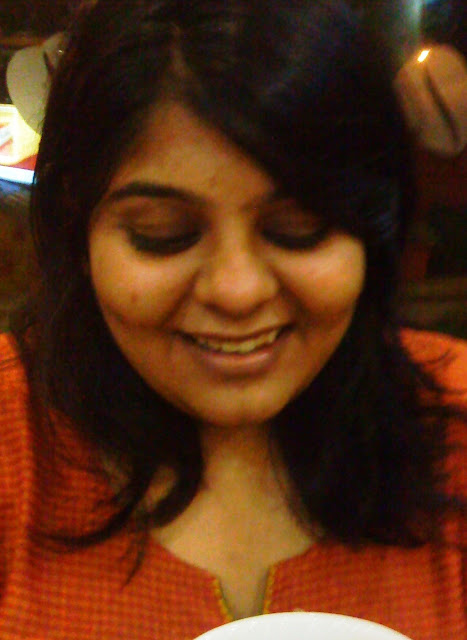 Jaded16 is a Radical Feminist from India. She writes a humour blog ‘Oi With The Poodles Already’, attempting to make her world a little woman-friendly using healthy doses of irony and sarcasm to de-condition the Indian masses. It is at times like these when she loses all her sense of humour and starts looking for a rock big enough to live under.
The only good thing that came off from last two weeks of bed rest was I got to finish a quarter of the books I put off reading. Turns out if you are pathetic enough, your friend will feel bad enough to find you a much sought after essay 'The Laughter Of Medusa' by Hélène Cixous just so you can forget about the pain you are in for about three hours. I'd only read scraps of this essay and that too online, so for a BookSnob like me, this was being as close to ecstasy as the Buddha would have, had he sought it. Ahem. Anyway, after a lot of initial squealing à la GrownUp that I am -- or am trying to be -- I actually got to reading the essay and precisely then, readers of the Olde Interwebes there was a loud popping sound. Popular belief is that it was the bubble around my head.

As much as I love feminist literary theory and Écriture Féminine (literally translates to women's writing), something didn't sit quite well with this essay for me. Aside from the essentialism that the essay and the times were stooped in, what really irked this LadyBrain is her assumption that all women should write in white ink -- that is their mother's breast milk -- and from their own bodies to really articulate the woman inside.  And this is the same way most feminist theory (literary or otherwise) situates itself, high up on the Ivory Tower, trying to dissect the micro-organisms that women are downstairs. That's not a new criticism, what really affected me is this idea of a 'possessed body' the woman is said to be.

As occupied bodies -- literally or figuratively -- we don't really have control to what happens to our bodies, right? But isn't that too gross an assumption, just like the one Cixous is making, perhaps an even bigger one?

Everywhere I see, women's bodies are not really their own; not out here anyway. It is true, patriarchy does dictate large portions of our lives, that misogyny does hound us from almost every corner -- to say otherwise would be foolish. From religion to societal structures, movies and popular literature and songs all boldly intone that our bodies are for giving and not for being. My maid's daughter is in an abusive relationship, she has to escape out she acknowledges that, though walking out is simply not an option. When survival is at stake, she prefers to give up her body to ridicule and beatings rather than die out of starvation. Placing myself in her place, if I were to go back to Cixous's assertion that I must write through my body, doing so would be an exercise in voluntarily opening spaces I'd rather not word out. Or how about my cousin who was forced to abort her child because the fetus was a girl? In her already vulnerable frame of mind, to ask her to articulate the tune of her wounded body can push her over the edge.
Let's assume, I can withstand the torture of unraveling all the infinite and omnipresent threads that bind me, I do speak out. Then what? The best option I have is to seek a publisher who isn't trying to re-package and re-fetishise my occupied body to selling larger products such as OrientalFlavour of the month, the TastyNative or the Olde StandBye of the ExoticFruit. Or maybe I can align myself with a group that is dedicated to giving marginalised voices a platform, without catering to their own egos or furthering their culture-factory which is the head of Mass Consumption of Tortured Voices, which I am told do exist. Or maybe I could give into my Left leanings and seek 'intersectional' spaces that are created just so that a Lady like me one day might speak out and their consciences are soothed I can achieve some sort of closure. All of this shouldn't be harder than seeking permanent residence atop the moon, my LadyBrain concludes.

This 'occupied body' is simultaneously a real as well as a utopic concept. Real because we can see and live by its true ramifications. Utopic because it all comes down to literary mumbo-jumbo. Of course, we have to make feminism relevant, ensure more people see the movement, rid themselves of the hold kyarchy has on them, be merry and dance around Beauvoir's grave. Okay I embellished a little, but that more-or-less covers all our goals. But then aren't we telling them what we think they should do? How is that any different than the indignation Cixous would feel when I'd tell her I can't write from my body? Or for that matter, the dictate of any religion do sound the same as the preachy tone more feminists I should have the gall to admit take, don't they?

We can obviously say, "We should acknowledge differences", "Understand that homogeneity is hegemonic" or simply say, "I will accept all that you are without judgment". But in how many spaces, people, groups does it really happen? We talk of debunking oppression, solving the puzzle patriarchy is but forgetting to ask, at whose cost like Derrida keeps on asking. And like always, the few benefit while most give up their occupied bodies for re-possession. Only this time, perhaps they don't see the cords.

Here is a poem I wrote that allowed me to ask these questions. If anyone finds any solutions, let me know.

so i hung my head in shame
for i had no words coming
from every place i searched
my breasts, vagina, ass or eyes two
even opened my kidneys, nose and liver
till all of them loudly cried
mighty disappointed was i
that i had no spare parts that would speak out
or even be tamed (can disappointments
end in periods too)

so i decided to write to dear Cixous
that i tried really hard to Right From The Body
but it now seems to me
that the phrase was meant for only YOU.

*Inspired by Cixous’s statement that “women must write from the body”.
Posted by Renee at Thursday, September 09, 2010