Sexy and Pregnant, It Is Possible

The physical changes to one's body during pregnancy can illicit many emotions.  I will be quite honest and say that I was not happy with my pregnant body.  I felt like I had been invaded and this was increased by the commentary of my co-workers, who had no problem openly proclaiming how I should feel.  I remember one woman commenting about the size of my breasts and wondering openly if they were going to get any larger.  One direct supervisor who at the time was male, suggested that I was selfish for not enjoying the way my body was changing and that it was a sign that I would fail to be a nurturing mother.  I can safely declare that my two pregnancies resulted in the most body policing I have experienced to date.  Believe me, as a fat Black woman that is saying something.  Everything from what I ate, to how I felt about being pregnant was open for conversation.  The constant interrogation of my person was seen as acceptable, though I was nurturing my children with my body and I was the one who would give birth to them.

I doubt that my experiences with pregnancy were unique.  Pregnancy is a time when women are expected to fixate on becoming mothers and reject all other facets of their identity.  Though women are able to have sex safely well into their pregnancies, for many people, the idea is somehow repellent. Good mommy's aren't expected to have carnal desires, even though that is exactly how women become pregnant in the first place. Sexuality is expected to become dormant and any act that publicly indicates that it is still an important part of our identity is quickly frowned upon.  With WOC this experience can be heightened, as we are often constructed as irresponsible breeders, who are filling the world with undesirable offspring.

It is assumed by many that pregnancy in a woman's life is a time when society is less apt to discipline or attack, but that is a patent falsehood.  Just as with every other aspect of a woman's life, this is something we need to redefine for the sake of women's empowerment.  A child within our womb does not suddenly justify intrusion, or the empower others with the ability to dictate how we are supposed to feel about our bodies or perform femininity/ motherhood.   When I came across the following images taken of model Kim Bella by photographer Felix Natal Jr., what I saw was a challenge to the idea that one must see pregnancy as a time for celibacy and self denial. 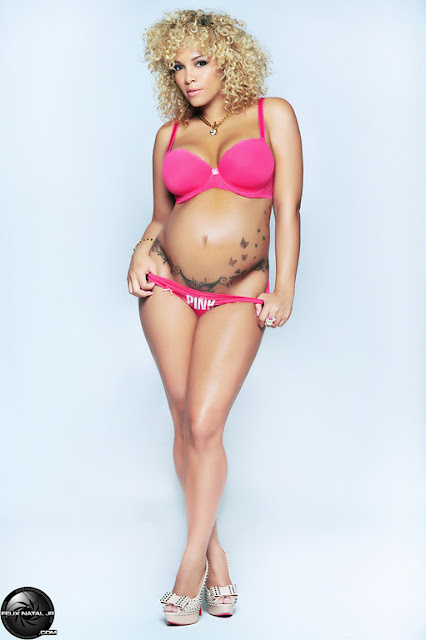 
"I agree there is nothing cute about these photos in fact their degrading to me – she’s looks very tacky!"

"This is not wholesome. I understand wanting to have a memento of your special time but this is low rent to say the least. Show the belly but put some pants on or at least buy more expensive underwear, GOD I know exactly where you bought those".


"Wow it amazes me that pregnancy isnt even off limit for these hoes and I hate to generalize, but hoes/porn stars/video ‘models’/and strippers should at least take a hocation or go on hoternity leave until the baby is born! I mean come on IS NOTHING SACRED ANYMORE??" 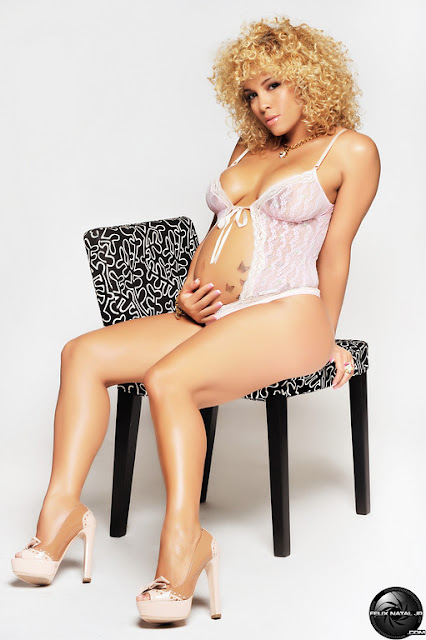 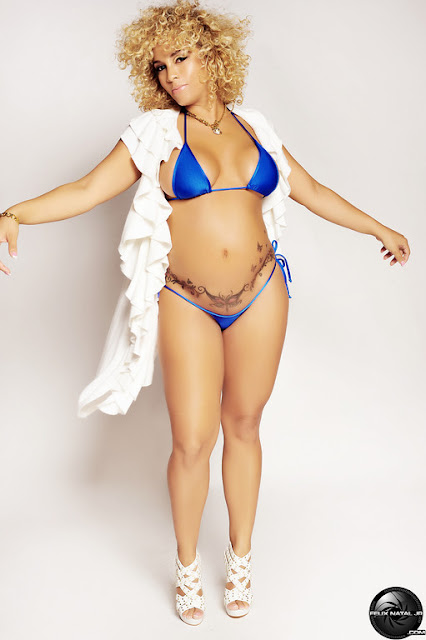 Personally, I believe that it not only took courage to take these photos, it took courage to release them to a public that supports a patriarchal view of female bodies. What do you think about these images and how do they make you feel about pregnancy?
Posted by Renee at Thursday, September 23, 2010