6 Months For Beating A Woman In Public: Has Justice Been Served? 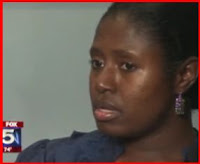 Last year I wrote about the beating Tasha Hill. Ms. Hill is a U.S. service member and she was out having dinner with 7 year old daughter, at Cracker Barrel restaurant, when Troy Dale West decided to beat her while screaming racial epithets.  She curled into a ball desperately trying to protect herself, while her daughter screamed. Dale outweighs Hill by 100 pounds and is more than a foot taller.  Witnesses stood by and watched the brutal beating without coming to her aid.

Throughout the trial the defense engaged in victim blaming.

Defense attorney Tony Axam portrayed Hill as a hothead who used her military status to intimidate people. Her temper got her into fights with neighbors and strangers, Axam said, citing a 2005 incident at Southlake Mall in which Hill was arrested for, in her own words, making “terrorist threats” against a woman.

The defense also played a 15-minute recording captured on Hill’s cellphone by 911 operators involving an explosive, obscenities-laden exchange between the reservist and her neighbors. Hill supposedly threatened the neighbors and their teenage sons after her home was burglarized.

"Her character is unbelievable,” Axam, an Atlanta criminal attorney from Atlanta who is representing Troy Dale West, told the jury.

What did any of that have to do with the fact that West chose to beat Ms. Hill while he called her racial epithets in front of her 7 year old daughter?  How did her "character" influence West's decision to beat her in an initial interaction that lasted seconds? Axam made it seem as though she deserved to be beaten because of prior actions.  In the name of defending his client, he put the victim on trial.  This is a common tactic seen in rape trials or when men engage in some form of violence against a woman.

West did not deny that he beat the victim, he asserted that it was a response to her allegedly spitting on him.  Hill denies that this is what occured. He saw his actions as justified.  Each day men physically and sexually assault women and then seek to erase the harm they have done by finding some reason to support the violation. Because we live in a patriarchal society, which teaches us that women do not have the same value as men, this faulty line of reasoning is believed. 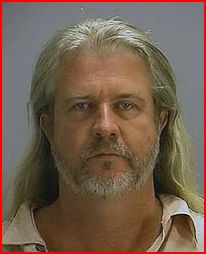 This case is complicated by both race and gender, because the victim is a Black woman and her attacker was a White male.  White men have a very long history of physically abusing women without consequence.  The very fact that West chose to use racial epithets while he beat Hill tells us that he believed that his Whiteness granted him the right to act with impunity.

The trial ended suddenly in a plea deal struck Friday afternoon between the DA, Superior Court Judge Geronda V. Carter and West’s defense attorney, Tony Axam. West was facing a maximum of 44 years in prison before the deal that got him six months.

Lawson said Sunday that the prosecution had sought a four-year sentence, but the judge dropped the sentence to three years, with only six months to serve in prison. West had already served 40 days in jail awaiting his trial, so he will be free in about 4 1/2 months. (source)

This is justice? 4 1/2 months for beating a woman in front of her child is not justice and sends the message that Black women have little to no value in this world. District Attorney Tracy Graham Lawson was quick to justify the plea deal.


She said two "very credible" witnesses said they saw Hill spit on West. The DA said Hill was, additionally, involved in two cases involving violent and verbal altercations and is currently charged with disorderly conduct from an incident this summer.

Hill is accused of threatening to shoot two boys, claiming they burglarized her home, Lawson said. “She threatened to put hollow-point bullets in their heads,” she said.

Those are completely separate issues and have nothing to do with the fact that she was beaten by West.  Even if she did indeed spit on West, a point which is debatable,  how does that justify his violence?  It will be interesting to see if Hill gets consideration for being provoked when her charges come to trial?  Somehow I doubt she will be accorded the same leniency because she is after all a meaningless Black woman. This case is absolutely symbolic of the ways in which we value bodies differently.
Posted by Renee at Wednesday, October 27, 2010