Spark of Wisdom: Praising someone for being a decent person 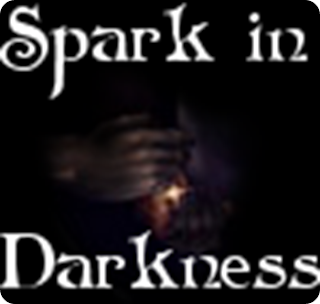 This is a guest post from Sparky, of Spark in Darkness.  Many of you are  familiar with him from Livejournal, as well as from his insightful and often hilarious commentary here. Each Tuesday, Womanist Musings will be featuring a post from Sparky.
This is something I wrestle back and forth with a fair bit and have often wondered exactly how to put words around it. Sometimes a thought is formed but the words won't play nice with it :)

Someone announces that they support equal rights for GBLTQ people, or they say something affirming or they say homophobia and transphobia are wrong... or people will show me links or transcripts or youtube vids of some straight person saying nice things about us.

And then I mess up my lines. Because I'm supposed to say "thank you" there. Or maybe have a little happy dance. Or at least praise their wonderfulness. Cookies are probably called for.

And I'm not criticising people who do. A lot of people do greatly appreciate and praise such statements. People find affirmation, hope and signs of progress. People find their own silver linings and sparkles :)

But a large part of my mind always goes to that fun-but-not-nice sarcastic place and thinks "wow, you're not an arsehole. Well done. Would you like a plaque? 'Fred is totally not an Arsehole' You could frame it."

Because treating LGBTQ people as equal isn't - or shouldn't be - praiseworthy. It should be normal and expected. It should be base behaviour. Treating us as equal should be as expected and normal as not slapping people in the face. It shouldn't be praised when it happens, because it isn't - shouldn't - be special or above and beyond normal, decent behaviour. If Fred announces that he's not going to slap you in the face today, we don't thank him for it. We give him a look and tell him he'd better not!  Someone saying a few nice things or refraining from treating me like shit - or refraining from treating other GBLTQ people like shit - really don't deserve lashings of praise and happy snuggles from me, methinks.

It's why I also tend not to be especially impressed by "I used to have a real problem with GBLTQ people but then..." It just doesn't really impress me a whole lot, it's like someone saying "hey, I used to punt kittens, but have totally stopped now." I mean, yay? The lack of kitten punting is certainly a good thing - but is it really praiseworthy, even from a habitual kitten punter? Even in a time and place where kitten punting is commonplace?

It bugs me. It bugs me because it suggests that NOT being homophobic or transphobic is an achievement rather than a reasonable expectation. That simply saying nice things or refraining from being an arsehole is some kind of monumental effort or gift to us. It's unusual, it's difficult, it's impressive, it is something extra - or -  it's a gift given, a concession or some kind of award.

And all of that may be true - it may indeed be unusual. It may have even taken a great deal of effort to reach that state. It may be rare and worthy of comment. But it shouldn't be. Someone isn't doing something especially good or going above and beyond what is expected of them when they treat us as equals, any more than Fred is going above and beyond expected behaviour when he refrains from punting kittens.

Not treating someone as less is not a gift given, it's not a prize that has been won or a present you're bestowing - it's an injustice avoided. It's an insult unuttered. It's a sin uncommitted and a wrong not done. In short (hah, yes I know nothing I say is 'in short!), it's something you should be condemned for not doing - not something you should be praised for doing.

Why should any of them be grateful for what should be a basic expectation of human decency? Why is basic decency seen to be such an IMPOSITION on a privileged person?

But I'm not going to be grateful for the basic respect. I'm not going to treat my equality as some kind of present that has been given me. It isn't something given - it's something owed.
Posted by Renee at Tuesday, October 19, 2010