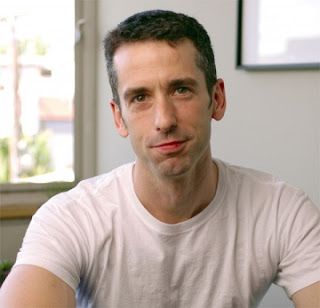 Savage Love may be coming to MTV. Columnist Dan Savage is working on an advice show for the network. MTV has ordered a pilot that follows Savage as he tours college campuses giving his brand of brutally honest (and sometimes graphic) sex and relationship advice. In the format, Savage takes questions from an auditorium audience (similar to his recently completed college tour).

From the Advocate to Joe My God,  gay blogs are buzzing with the news of Savage's new show.  Reading through the comments, what I find disturbing, is the absolute unwillingness to confront the transphobic, bi-phobic, ableist, fat phobic mess that is Dan Savage.  When it comes to him, it seems that many in the community are willing to over look his obvious faults to have mainstream representations of a gay man.  The idea that Savage can and should speak on behalf of an entire community, when he is laden with privilege is ridiculous and yet he seems to be a deified untouchable figure to many.

Here are a few of the comments from Joe My God:


Ron Williams: Dan is one of the forward and effective weapons in our fight for equality.
I hope this is this rockets his career, he should be up there.

Beeblmeyer: I have more contempt for MTV than I do for Facebook and twitter, but this could be a good thing for Dan's positive message to reach a much larger audience.

The comments at The Adocate are very similar.  Anyone who dares to suggest that placing Savage on a pedestal is problematic, is immediately subjected to Ad Hominen attacks.

A pilot for Savage is not a good thing, because it suggests to marginalized people that the key to success is to oppress others, thus continuing a dangerous coercive hierarchy.  Simply because Savage is a gay man, does not mean that his cisgender, able-bodied, thin privileged, class privileged, White male body, does not represent several dominant norms, from which he can and does benefit.  While he is quick to point out any homophobia that prevents him from joining the dominant class, his continual dependency on isms, suggests that his real goal is not true equality, but eradicating that which prevents him from fully enjoying all of the privileges normally assigned to a White male, cisgender, able bodied, thin, class privileged existence.

Savage is constructed in many corners as a progressive activist and this label is completely mendacious. I began my life facing the twin isms of race and gender, but when I became disabled, I truly understood how important it is that advocating for equality, means fighting for the rights of all people and not simply touching on the issues that effected me personally.  I believe the more oppressions that one faces, the easier it is to recognize this very basic truth.  Not only are all oppressions intersectional, they all matter. Perpetuating one to defeat another, is a defeatist strategy born of a desire to use the master's tools, because it is easier than attempting to decolonize one's mind.

Savage's show is going to fall right in line with the other programming on MTV.  It is after all the home of, The Jersey Shore, 16 and Pregnant, and The Real World (you pick the location). A circus joining a circus seems fitting doesn't it?  While Savage and and his supporters may believe that this is a step forward for the LGBT community, to me, it seems that instead of fighting to create a brave new world, Savage Love only reflects the incredibly damaged world we already exist in.
Posted by Renee at Tuesday, January 25, 2011