As you know Olberman is no long on MSNBC.  I have like everyone else was shocked when I first heard the news.  It seems to me that Olberman headlined the liberal leaning direction that MSNBC has chosen to go with.  Whether or not Olberman is actually progressive is something that is up for debate.  Liss, over at Shakesville had this to say on the matter:


If he'd actually been the progressive he was always alleged to be, this would be sad. But he is a fauxgressive whose ideas of justice had boundaries extend only as far as whomever he wants to make fun of, be cruel to, or marginalize as unserious or uncredible. He engaged in misogyny and rape apology on-air, and, for all his rap about accountability and self-reflection, he was rigid in his refusal to address his biases against women.

So the only thing I'm sad about is that his replacement is likely to be even worse.

Well it seems that Liss has once again proven to be prophetic.  I was scanning through Jezebel when they reported that Olbermans replacement might be 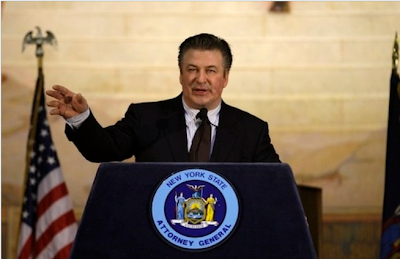 Alec freaking woman hating, MRA Baldwin replacing Keith Olberman?  Every time I see the man I gag.  If this is truly who they are considering, I suppose it means that MSNBC has decided that the veneer of progressiveness is not profitable enough.