A man, his fat, and his hatred of photos 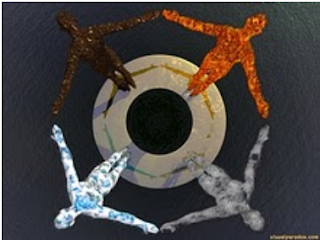 "Who am I you ask?  The name's Danny and I'm just a guy that's trying to build his own masculinity and his own place in this world and I'm sharing my experiences in hopes that other people will realize that there is no one "right" way to be a man or to be masculine."

I've talked about fat before.  I've talked about being a fat guy before, namely the fact there are a lot of people who really don't want to believe that being fat and being a guy is not a cakewalk.  Well as part of what I'm trying to this year I want to make some real progress and I'm really going to try to get over one spector that has haunted me for the vast majority of my life.

I absolutely hate having my picture taken.

Let me clarify.  A few weeks ago I was at a friend's house with some other friends (we were seeing off a friend that's in the Army about to go to the Middle East) and one friend pulled up a folder of pictures.  When they got to pictures of me I literally turned away from the laptop until I heard him hit the arrow key to scroll to the next picture.

You see as a fat guy people like to draw conclusions about you.  You're an athlete (and let me tell you that assumption is not as cool as it sounds).  You're not very smart (I don't know how the association between fat and stupid makes sense).  You have unhealthy eating habits.  You are gonna die young.  You hate exercise and physical activity (totally conflicting with the assumption of being an athlete).  The list goes on.

For longer than I can recall now this is the type of stuff I've heard and I've taken it in so deeply that I actually pray for the very invisibility that people say they are burdened with.  Maybe its a sign that something is wrong with me but I don't feel invisible with my fat.  In fact I feel like I'm the elephant in the room (yeah you see what did there right?).  And elephant that wishes he were a fly.

To be so hurt by simple characteristic you wish you could fade into the background.  No to be so hurt by the way people put so much stock in a simple characteristic you wish you could fade into the background.  And I get the feeling that there is an extra bit of pain that fat guys feel.  You see as part of the script of being a man we are not only not supposed to let things like that hurt us but in the event that they do we are not supposed to talk about it.  Not show it.  Just keep it bottled up inside let people pick on us and then go home and cry ourselves to sleep at night.  And the way fat guys are shown on tv its not wonder people go around thinking its all good in the hood to tease, pick on, and otherwise harass us.

If you look at the way we are portrayed on tv we supposedly like being identified by our fat.  It makes us funny.  It makes us stupid comic relief.  It makes us acceptable for other people to acknowledge our existence.  In fact I've come across people who have actually tried to cite tv characters as proof that there is nothing wrong with being a fat guy (and let me tell you I'm making myself use "fat guy" as much as possible in order make myself okay with using it).  Yeah Homer Simpson, Peter Griffin, and Kevin James' character on King of Queens prove that everyone is fine with the existence of fat guys.  When obviously uninformed people make silly comments like that I just want to commit violence.  But then I'd be the crazy fat guy (and remember I'm black so I'd become the Big Scary Black Man) and it would be my fault for "taking it personally".  Yeah.

You remember what Yoda said about the dark side in The Phantom Menace?

"Fear is the path to the dark side. Fear leads to anger, anger leads to hate, hate leads to suffering."

Fear over the shame of being fat.
Angry at the thought of seeing your fat in a picture.
Hatred over the thought of a permanent recording of your fat for all to see.
Suffering from the fear, anger, and hatred that cause you to avoid cameras.

It's time all that changed.

I'm still not sure how but I'm going to make it a point to work on my own body image.  I refuse to let other people be the measure of how much I like myself.  I refuse to live in fear of cameras.  I refuse to continue to wish I could fade into the background.