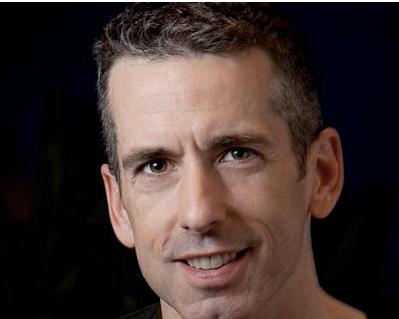 Well, Dan Savage has managed to use his privileges to attack a marginalized community once again. This time, he decided that because a politician made some false claims about same sex marriage, that fat marriage should be disallowed.


Even if it were true—even if gay people had lower life expectancies (which we do not)—and if that "fact" all by itself was a justification for banning same-sex marriage, why stop with gay people? Iowa should ban fat marriage. There are, according to the state of Iowa, more than 1.4 million obese people living in Iowa. That's nearly 30% of the state's population, and those numbers just keep rising. The social costs of Iowa's obesity epidemic are pretty staggering—and those costs include including premature death and lower average life expectancies for Iowans.

Since we know that obesity is "contagious"—someone with an obese spouse is 37% more likely to be or become obese—then we shouldn't permit the obese to marry. If an outright ban on fat marriage seems too draconian, then we shouldn't permit the obese to marry the non-obese. The odds that the skinny spouse will be ultimately be seduced into the risky obese lifestyle are simply too great and the potential health consequences too severe.

In another example of how cowardly he can be, instead of reacting to the criticism that was aimed at him, he republished a piece from 2008. I suppose doing that, is easier than saying two words - I'm sorry. As I read over Savage's commentary, and the response pieces, I realized that something was missing.  Savage is absolutely wrong when he writes about teh death fatz, but the people arguing in favor of a more positive understanding of fat, universally erase people who are disabled and fat.

There has constantly been a back and forth, about whether fat is good or bad, but rarely do we see a disability perspective of fat.  I believe that fat activists are so pressed to assert fat as normal, that they ignore those of us that are both fat and disabled.  Able bodied people with thin privilege love to go on about health and exercise, because they believe that it will protect them from disability or illness.  It never occurs to them, that exercise and diet is not the true preventative that they think it is.

You cannot look at someone and know why their bodies are shaped a specific way.  I think it is important to recognize that for many people, myself included, that fat is a sign of the various chronic conditions.  Fat does not say anything significant about me morally, but to those who know me intimately, they recognize that it signifies the toll that illness has had on my body over the years. People who are fat because they are disabled, are routinely ignored, because they don't fit into the discourse that surrounds fat. We cannot be miraculously cured by exercise and diet, and because disability is the cause of fat, not everyone has a positive feeling of about it.  If fat symbolizes an illness, it is perfectly acceptable not to be happy, but fat acceptance teaches us that this feeling is not good.  Even as fat acceptance movements empower, they also erase because it is convenient.

The idea to write this post came to me as I was standing at my kitchen sink doing dishes and loading the dishwasher.  For some reason, dishes seem to love to mate in my sink.  I need some birth control for them.  At any rate, every few minutes, I  had to stop and use a paper towel to wipe the sweat dripping off my forehead. For me, doing dishes is the equivalent of running a few miles on a treadmill.  No able bodied person, fat or thin, would consider that doing dishes is exercise and is physically draining.  So when I see men like Savage prattle on about eating right and staying in shape, I know without doubt, that he has no idea what he is talking about.  There is no strict answer to the make up of anyone's body, and there are no pat answers that lead to health.

Mostly, I am just tired of seeing that I don't count, because I don't fit.  These pat answers that men like Dan Savage and fat activists come up with, seem to construct fat and disability as mutually exclusive.  They are more interested in arguing and scoring points against each other, than realizing that there is a group of people that both sides are erasing.  Being fat is not naturally who I am, despite the fat activist suggestion that this is a truism, and not being active is also not a part of who I am, despite fat hatred discourse.  Both sides are equally disableist because they are trying specifically normalize a specific body type, no matter how limiting it is to those of us who are outside of this framework. Erasure does not make either side right, it only serves to "other" those of us for whom living with disability is normal.
Posted by Renee at Tuesday, February 15, 2011