Making Racist Commentary is not Excusable Because you Have Depression 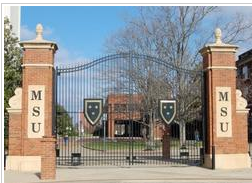 For a lot of minority students, just making it to college is a huge struggle, but unfortunately the struggle does not end there.  We have heard a lot of complaints from conservatives about college campuses being too liberal however, that is not necessarily the case. My educational experience included a professor who made it clear that my race was an issue, and I am quite sure that many minority students can tell a similar story. Sometimes the racism is covert, but in the case of Arlene Johnson, a student at Murray Hill State University, political science professor Mark Wattier, left no doubt that the colour of her skin was indeed an impediment to her progress in his political science class.

Freshman Arlene Johnson said even though she was early for professor Mark Wattier's class last semester, a film was already playing and class was well under way.She asked him why. His alleged answer?

"I always start my films 10 to 15 minutes before class," Johnson says.

Johnson said that was not in the syllabus, so she was not aware.She said it was what Wattier said next that astounded her.

She asked what he meant by that. He allegedly said "Slaves never showed up on time for their owners and were often lashed for it. I just don't have that right."

Johnson said she couldn't get that statement out of her head.

"After that, I felt really unwelcomed for a while," she said.

So she filed a complaint with the university, a complaint that led to Wattier's suspension without pay and benefits this semester.Wattier has fired back, appealing his suspension and saying the university violated due process, He included a letter from his doctor stating he met the criteria for depression, including contemplating his own death. (source)

A professor is already in a position of power over a student, but to amplify that power by using race, and implying that a student should be whipped for showing up on time, is absolutely ridiculous and inexcusable. As a White man talking to a young Black woman, he had to be aware of exactly how harmful what he was saying was, considering the history of violence perpetrated by Whiteness against people of colour.  I find it extremely offensive, that he vocally wished for a time when violence against people of colour was legally unproblematic again. Though reading his statement may be shocking for some, this is hardly the first time that a member of the dominant class of society, has commented enthusiastically about a historical period when there were no legal checks to their privilege.
It took great courage for Johnson to report this man and instead of recognizing that his behaviour was inexcusable, he claimed that depression made him behave in such a manner.  Depression is a very serious condition and socially it is not seen that way.  Men in particular as emasculated for admitting that they need help.  Depression is too often seen as a lack of will or even laziness because it is an invisible disability.
Considering the seriousness of the nature of depression, it is further reprehensible for him to use this as an excuse for his behaviour.  I have battled on and off with depression since becoming disabled, and in my personal experience, I have disconnected, rather than lashing out at people.  Depression hurts and I can say that unequivocally, but it can never be used to justify the unjustifiable.  I also believe that people who are suicidal withdraw, they do not attack when given the opportunity.  While I don't want to question his condition, I find it interesting that he would use it to excuse his behaviour.
Wattier has since filed for retirement effective March 1, 2011.  The Atlanta Post calls it, "An honorable exit for a man who has clearly shown how honorable he is". So much for liberalism on college campuses.  What I wonder about are the professors that aren't as bold as Wattier.  How many students of colour are being subjected to covert attacks, even as their marks are unjustifiably being reduced?  Racism does not disappear because one within the midst of the ivory tower, it is simply better hidden.