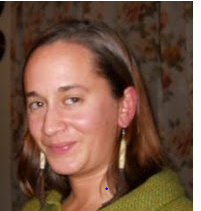 I am a proud Anishinaabekwe of mixed heritage and I strongly identify with my Anishinaabe/Ojibway roots. I am an author, writer, poet and healer. On my blog, I share my life experiences through my poetry and stories. Areas and interests covered in my writing and poetry include: Anishinaabe heritage and culture, Anishinaabe territory, Native identity, Aboriginal/Native/Indigenous/First Nations issues, Native feminism, matriarchy, the Great Lakes, Michigan, Mother Earth, environmentalism, earth based spirituality, healing and the healing arts.
She was penning him a letter. Writing and erasing what she said in her mind before penning it down on paper. You had made my heart...black. Scratch. You hurt me in more ways than one. Don't you understand your privileges as a white male from an upper class family? Scratch. This all wasn't getting to the root of her feelings. Mainly it was hard to write about the hands around her throat which created an inability to speak and an inability to write. It was difficult to write about the emotional violence and control. This is where she got up from her lonely table to make another cup of tea. The lonely table to return to with a new cup in hopes of telling the story as it is.

As much as it wasn't clear during the whole 7 year relationship it wasn't clear now. She wondered why she dated a white male who attended private schools and had everything given to him by his parents when she was of multiracial heritage; Cree, Ojibway, French and Finnish, and had struggled throughout her whole life. She struggled with making steps each day in her life. Sometimes a step was taken with a heavy cement block around each foot, unable to move, because of trauma, because of pain. Violence in the home swirled around her with a new spirit of what was to come waiting to greet her. Not necessarily a spirit that was good but one that carried the burdens and the pains of the generations. She can smudge. She can pray. She can dance to roundance songs. She can connect with the land. But sometimes it is not enough. Sometimes the pain is the burden that one must bear. The burden that is never ending.
The letter is only for her. The relationship ended two years ago. Two years ago and no one knew. No one knew really there was a relationship. It was dark magic, often their bodies were intertwined with rope from old ships and the smell was rank. Their minds were weighted down with a burden of conditioning from society. Often they clashed in race, gender and class. Their conditioning from their parents weighed on both of them. They met in cafes, restaurants, bars and friends apartments. They smoked cigarettes without looking at each other on balconies. They drank wine and drifted away from the burden and weight of this relationship. Most of all their spirits were weighed down with the invisible strings that bind people together. Invisible trauma, invisible pain, invisible sacrifice, invisible fear and often invisible violence.

The letter was to free up these old chains. These old heavy chains with rust. Brown carpet with stains that linger for a long time. Holding the pen in her hand. The thoughts can be channeled through the pen to the paper. Silent, waiting, feeling and breathing. A sip of tea and slowly writing.

I wanted to write you this letter to release the past. It is more than a release but of clarity and a departure from old haunts. Old haunts of screaming out loud in which my heart was in pain for the longing of a soul that was walking dead. Screams of a soul longing that would never be fulfilled. Screams and my throat is sore from screaming. You were walking dead and you were not alive. You were violent and caused pain. Your privilege you did not understand and as a tyrant you perpetuated and created more oppression. Own up to the fact that you structured a wall, a fortress, around me to prevent me from love. A metaphorical lynching occurred, an energetic lynching, although never physical but was possible because of emotional abuse. My heart is black and there are chains around it because of you.

You made it challenging to navigate through this oppression. You carefully and artfully in a dark way, added layers to my oppression. Unfortunately your addictions prove in which the ways you are weak. That your privilege can be toppled by a burden of addiction in which mainstream America so easily offers you as a gift. Your addiction is nothing that I wish or should rescue you from.

So this letter will be concluded as I lift the burden you gave me and give it right back to you. Ownership of the damage done is the first step. Ownership of all of your privileges and the way you abused me in various forms is the next step. The darkness certainly may swirl around us both. It certainly may have had a grasp on us. But this darkness is no longer mine.
Posted by Renee at Monday, February 14, 2011