What Do People of Colour Want Anyway? 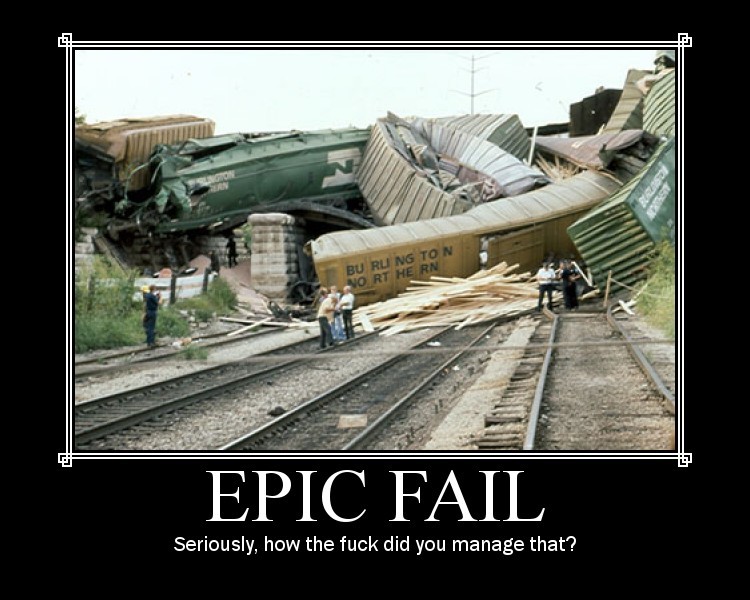 When I wrote about the lack of defense, of Michelle Obama, on the part of White feminists, I was not surprised to have someone show up in comments, to point out two articles written by White feminists, as evidence to the contrary.  I answered back by simply saying, two articles does not constitute a defense.  No matter the space, and yes, this includes White feminist spaces, when Whiteness is held accountable for its actions, there is always someone who comes along to derail, or even question why Black people are not satisfied with the lackluster effort.

Blacks can vote now, that is, if they are not in jail behind some spurious federal charges.  People of colour have freedom of movement, unless of course they are in neighbourhood that is considered White and wealthy.  Whiteness is even kind enough to under educate them in schools that are falling apart or overcrowded.  I wonder how much learning is going to happen when Detroit, a city populated largely by people of colour when the class sizes increase?  I suppose we should be thankful that they stepped away from 60 kids in a class. There's even a Black president now.  All we have to do is ignore the continual racist attacks that have been aimed at him and his family.

Nothing that I have written in the last paragraph is new or even challenging, but for those who have failed to acknowledge the way that Whiteness works as a systemic force, it is shocking and a state of denial is quickly reached.  The spam section of this blog, is filled with people calling me a racist.  There are some who are so desperate for me to write about White racism while using the word some.  If I use the word some, they can imagine that nothing that I am writing applies to them.  Some gives them room to deny the role they play in maintaining White supremacy - after all, not ALL White people are bad.
In the end, we have the same conversations repeatedly.  I write some version of this post every few months, but nothing has stopped the invasion of those who feel that they have the right to puke their privilege all over my blog, and then react in rage when their fallacious arguments are denied.  How dare I write about White supremacy.  How dare I demand equal treatment for Blacks of the African diaspora.  How dare I demand an accurate accounting of history.  It seems unlike any other group populating the globe, Whiteness has the right to its supremacy, as well as its ignorance about communities of colour.

Last night after sitting through one of the most boring Academy Awards in my memory, I sat down to discuss the show with Monica of Transgriot.  First there was the tribute to Gone With the Wind, on an award show that didn't have a single Black nominee.  Gee, why would Black folk find that offensive?  Then there was the oddity of watching Gwenth, I am entitled to be indulged Paltrow, singing while Jennifer Hudson stood on the sidelines, and lets not forget the all too brief tribute to the fabulous Lena Horne. Why mention that Ms. Horne was black listed by Hollywood at one point, or the fact that she was a fierce civil rights warrior?  Last nights award show, was the perfect example of the fact that the media loves to promote Whiteness, and then trumpet Whiteness as the best culture in existence.

For those that wonder why Blacks don't make their own movies, I answer simply that to make movies one needs capital.  Movies like Precious, and The Autobiography of Malcolm X, would not have existed without the investment of Black celebrities like Oprah Winfrey, Bill Cosby, Michael Jordan, Prince, Tyler Perry, and Janet Jackson. Black movies are seen as unmarketable.  Whites don't want to see a hero that does not reflect them and therefore; it is assumed that the movie is going to fail.  I know that when I make the decision to see a Black movie, it is a political act.  I drove two hours to see For Coloured Girls, and I would do it again, despite my disappointment with certain aspects of the film.

There are so many stories that are waiting to be told.  How about a movie about the women of the Black Panther Party, or even one focusing on the incredible life of Ida B Well?  If we leave the Black community, there are amazing stories to be written about the creation of the low rider, and why this constitutes a specific racial statement.  What about a story regarding the current attacks on undocumented workers and their struggle to gain access to the American dream?  We certainly have seen enough about the Irish and their immigration issues -- how about the internment of the Japanese during World War II?  There is also the struggle that Vietnamese fishermen went through, when they immigrated, but why focus on that -- when we can watch endless movies about Vietnam -- where we can be reminded that they are all evil, and have never been discriminated against? How about a movie regarding First Nations history, that does not star a White Man?  Yes, this means that Dances with Wolves does not count. We could even stand to learn an incredible amount about the annexation of Hawaii, and how it continues to effect native Pacific Islanders today. Now, Hawaiian culture is seen as consumable and something fun to see during a vacation. These movies are not being made, and if a studio did take the risk, it would be assumed that a White lead would be necessary to make it bankable, thereby obscuring the importance of having people of colour tell their own stories.

In answer to the question of when Whiteness will have done enough to pacify people of colour, I have only one response - equality.  It means understanding that Whiteness does not have the right to lead in all sphere.  It means that kids of colour are being educated and exist with the same chance to succeed as White males.  Our stories would be told and celebrated.  Instead of seeing an all White academy awards, we would see a show that is reflective of the population.  It also means that racism would no longer be tolerated, ignored or explained away.   I know the idea of true equality is pretty scary to Whiteness because they have done such evil shit in the name of maintaining supremacy, but it has to happen and the sooner the better.  I will not be silent, and I will write this post as many times as necessary to get my point across.  The days of running roughshod over POC without being called out on your exclusion or outright racism are over.
Posted by Renee at Monday, February 28, 2011