Do The Marginalized Have A Responsibility To Teach 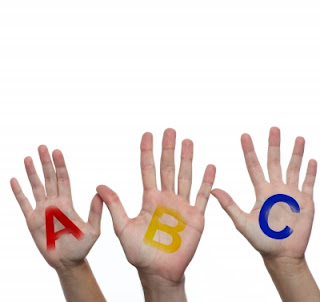 Yesterday's discussion about White female privilege was quite heated.  Once commenter raised the issue of teaching others about their privilege and since it did not receive a lot of commentary I thought that we could explore the issue today.  The comment from @AdiosBarbie is as follows:


Absolutely agree, but as we all know the white women who are unaware or hide behind their white privilege are the last one's to seek to get enlightened on the subject. This dilemma is what has stopped progress, no? When white folks like tim wise take responsibility for educating whites on white privilege he gets criticism for making a name and money for himself around it. As a light skinned Latina I was forced to learn throughout my childhood family dynamics. I was favored by adults then beaten by my darker sister because of my lighter skin.

I find the attitude of "you should fuckin know this"...but "I sure as hell am not gonna teach you" problematic. Is it my role as a lighter latina to bridge the gap.
As someone who is disabled I've "had" to educated those who are able-bodied on my chronic pain condition. It's just how it is if I want them to get it. The same holds true about white female privilege.


Alright, let's begin with Tim Wise, because I believe that he is truly a problematic figure.  The problem with Wise is that not only does he earn a profit, he has taken on the role of expert.  He may be a White man, but if we are completely honest, POC are the experts on the impact of White supremacy because we must negotiate it everyday of our lives. Quite often when the issue of race or White supremacy is an issue in the media Wise is called upon to speak about it.  White people talking about Whiteness is always going to be a positive but when they are allowed to overshadow the expertise of Black people it is an issue.  Wise is able to take on the role of expert, while POC work in obscurity.    He is even stated that he is not good at the ground level work as a justification for his continued high profile as expert.  This leaves marginalized people and more specifically WOC in the role of grunt worker while a White man collects accolades.  See the problem with the issue now?

It seems to me that someone is always assigning work to WOC, whether it is Wise deciding that we should do the grunt work, while we make the speeches, or White women calling on us to explain their racist actions, it all amounts to control of how we negotiate our marginalization. This really comes down to choice.  From the moment I was born, I was destined to learn about White supremacy, because I was born Black.  It is absolutely a choice to remain ignorant about White supremacy, and the idea that POC are responsible to teach White people about their privilege, is not only offensive, the concept itself is born out White privilege.

The bottom line is that it costs to constantly have to confront Whiteness, and we pay the price every single day, the moment we open our eyes, and then to demand that we take one step further and become an educator fails to take into account the stress that comes with negotiating White supremacy. I fail to see how or why POC should always pay the price, while Whiteness is not held responsible in any way shape or form.  When White people express ignorance regarding their privilege, it is because they have specifically chosen not to learn and I don't believe for one moment, POC should be made to take on the stress of correcting that intentional oversight.

White people need to learn about White supremacy and the fact that racism is systemic however, spoon feeding this information does nothing to disrupt the current power imbalance, it  simply creates yet anotther job for POC to do.  Have we not worked enough at the behest of White supremacy?  In truth, this is not impossible situation that @AdiosBarbie frames it to be.  If someone really wants to learn about racism, there are plenty of opportunities for them to receive an education. There are blogs, books, movies, and even conferences that they can attend, without deciding that this is an education that they are entitled to.  Part of acknowledging privilege means taking responsibility for one's own learning.

As I mentioned yesterday, this added burden stops people of colour from setting our own personal agendas.  Just because a White person demands an issue be dealt with, does not make it our priority and by answering the demand that we teach at will, POC are constantly diverted from fulfilling our needs.  We don't have to teach you, means that we are choosing ourselves first and in a world that teaches POC that we are not important, this is not only subversive, it is a strong symbol of Black agency. Those that truly want to learn about race will not be forestalled because individual Black people refuse to slip into the role of teacher, because of the plethora of ways there are to learn and this refusal means that we will finally be able to make ourselves a priority.
Posted by Renee at Tuesday, March 29, 2011