Hypocrisy Thy Name is PeTA 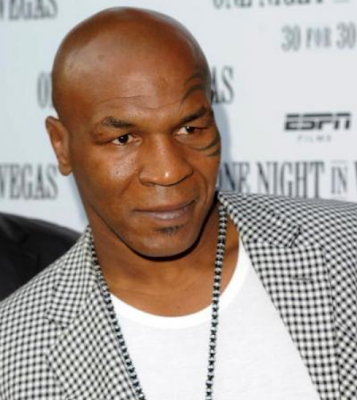 Mike Tyson has been convicted of rape and his ex wife Robin Givens, has alleged that he beat her repeatedly.  Tyson has been working had in recent years to attempt to rehabilitate his image.  When it comes to abusers I don't believe in second chances and this is especially true in the case of Tyson who continues to deny the violence that he has engaged in.  In the boxing ring he was equally brutal and at one point actually went as far as to bite off a piece of Evander Hollyfield's ear. He has repeatedly said that when he enters the ring that he becomes an animal however, I believe that the animalistic nature of his personality is a constant.  It pains me to associate the word animal with a MOC, but when it comes to Iron Mike, that is exactly what we are dealing with.  He is a product of society and his story is quite indicative of what happens when we treat Black boys as disposable beings, to be ignored and cast aside.
As part of his rehabilitation, he is attempting to race pigeons for his new reality show on Animal Planet.  Interestingly enough, someone murdering his pigeons in his youth, lead to the first street fight that he won.  There is no doubt in mind, that despite his extremely twisted nature, Tyson has always had a love of pigeons.  That love however, is under attack by the organization I love to hate PeTA.
According to the Root:

PETA says it plans to protest outside of his Nevada home and issued the following statement:

"If Mike Tyson truly loved birds, he would fight for their protection -- not force them into a 'race' that tears them away from their families and subjects them to injuries, exhaustion and death," said PETA Vice President Lisa Lange.

Pot meet kettle. Let's begin with the fact that PeTA seems to be intent upon attack Black men.  Even though Michael Vick paid for his crime and lost millions of dollars in the process, they continue to harass him.  Every attempt Vick has made to regain what he lost, PeTA has been right there to protest.  It seems that PeTA believes in lifetime sentences for animal abuse. I wonder if they are aware that the recidivism rate is as high as it is because society will not give former convicts a second chance.  I suppose that as long as people of colour continue to be over represented in the penal industrial system it really does not matter.


Then we move on to Iron Mike, who has engaged in some heinous acts, but is trying to rehabilitate his image - cue PeTA. Is Mike Tyson the only person racing pigeons?  Somehow I doubt it, but his colour and celebrity status make him the perfect target for PeTA.  Attacking the biggest fish, does not make the problem go away.  It seems to me that PeTA is more interested in persecuting POC, than actually doing something about an issue they find problematic.

Time and time again, PeTA has engaged in counter productive behaviour, while claiming to raise awareness for animal rights.  They have used women as sex objects, engaged in racism, fat hate, and have attempted to suggest, that lesbians exist to act as fluffers for straight men.  They perform their own version of violence consistently against marginalized bodies, and yet somehow they continually fail to make the connection between their actions and the violence that the marginalized face.  I have to say that this is hypocrisy at its finest. Why are we to be concerned that Tyson is racing pigeons, when they continue to cause untold harm to marginalized groups?

I don't believe in cruelty animals, however I feel that we need to prioritize.  I have been told repeatedly that this is speciest, but quite frankly I don't give a damn.  Marginalized bodies have enough to do, to negotiate their lives in a system that is determined to 'other' them, for me to decide to spend my energy on animal cruelty.  There is more than enough human cruelty that gets ignored because it benefits dominant bodies and PeTA spends quite a bit of time encouraging it.  Tyson is nothing more than another Black man that they can attack and that is why I quite simply could give a damn.  If PeTA wants to be taken seriously, they need to stop acting ways that continually encourae damage to marginalized bodies.