I Guess 'The Man in the Mirror,' told Chris Brown that his Penance is Done 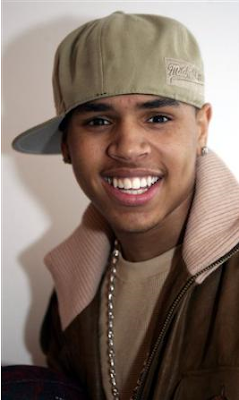 At last years tribute to Michael Jackson, at the BET awards, Chris Brown got choked up and started to cry singing Man in the Mirror.  There was much debate as to wether the emotion he displayed that night was real.  There more cynical amongst us (yep, that includes me) feel that it was a crock of shit.  Since it became public knowledge that Chris Brown decided to add woman beater to his repertoire, he has been more concerned with saving his career than paying for his crime. He has often times been evasive and down right belligerent, when he is reminded of what he has done.  Responsibility for one's actions is something that Breezy B has yet to learn.

Abusers like Brown don't just hit one time and then change their ways.  Abuse become a pattern, a way of life, and the fact that he was raised watching domestic violencem means that he has already identified the oppressor rather than the victim.  The pattern of abuse is very hard to break and even men that receive counseling often end up re abusing. While there is no guarantee that Brown will hit another woman, there is also no guarantee he won't.  We need to remember that most often, domestic abuse goes on for year and in some cases ends in death.

That said, Chris Brown has once again proved, that he still has not internalized any tangible lessons from his conviction due to physically battering Rihanna.

Chris Brown is aware of his own infamy.

The singer, 21, is frank with Page Six Magazine (in Thursday’s New York Post) about the ongoing fallout from his February 2009 assault of then-girlfriend Rihanna.

“People are always gonna talk. But I’m in a positive place. I consider myself a grown-ass man,” says the star, whose new album F.A.M.E. stands for “Forgiving All My Enemies.”
Speaking of forgiveness, Brown says he’s done apologizing for the brutal Rihanna attack. “At the end of the day,” muses the “Forever” singer, “if I walk around apologizing to everybody, I’m gonna look like a damn fool.” (source)

He then went on to complain about those who stopped associating with him in the wake of his violent actions against Rihanna.  He finishes by referring to the battering of Rihanna as  "mishap." If he cannot even acknowledge what he did, how is anyone to believe that he feels responsible for his actions and wants to genuinely make amends. There have stars like Rick Sanchez and even my beloved Queen Latifah who have suggested that the public should consider his youth, or that enough time has passed for us to move on.  This comes down to the fact that even talented, beautiful, class privileged women like Rihanna are disposable.  Violence against women is an issue that society tends to pay lip service to and this is why men like Brown can freely refer to instances of outright violence as a "mishap."

To those of you who continue to buy his music and to support him in any way (particularly Black women) SHAME ON YOU.  Is listening to a beat you like more important than making a stand for the countless women who have lived and died at the hands of man, who believes he has the right to be domineering and violent?  Is this really the kind of world that you want to live in and is this the kind of man you would want for yourself or your daughter?  I grew up watching my father cherish my mother and now I am in a relationship in which I am equally treasured.  This lesson was imparted to myself and my three brothers.  A real man does not hit a woman under any circumstances and when you support his unacknowledged violence with your hard earned money, you are only supporting more violence.  How much blood do you want on your hands?
Posted by Renee at Thursday, March 10, 2011