The Importance of Where Your Money Goes 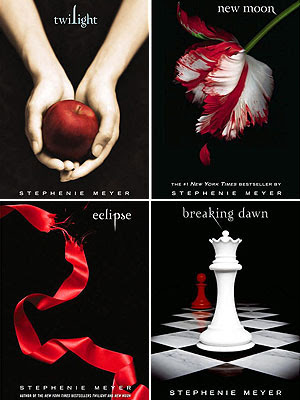 I admit that I got caught up in the Whitesome and Delightsome Twilight phenomenon.  I even went out in the pouring rain (something painful for me because I have fibromyalgia) to get the last two books.  I pretty much devoured them in one week.  After I was done, I put the books on my self and didn't think about them until I learned that Stephenie Meyer tithes.  As a person who has attended church in the past I know that it is the practice to pass the collection plate, but it did not occur to me that for Meyer tithing is not the token five dollars but ten percent of her earnings.  This means that by buying those four books, I indirectly gave money to the Mormon Church.  This is something that I have been talking about privately to friends for quite sometime.  Each time I think about it, I get so angry because the Mormon Church is one of the last organizations I would ever consider supporting with my heard earned money.


My purchase of those books supported things like the Mormon Church's continual assault on gay rights. It supported the continual oppression of trans people.  It supported their history of racist attacks on Black people.  It supported much of the misogyny they preach, along with a completely anti-sex attitude which is restrictive and denies agency.  That money that easily parted with to feed my desire to read urban fantasy supported much of what I spend every single day blogging about and I cannot get it out of my head.  As we approach the summer block buster season, it has occurred to me that yet another Twilight movie is going to be released. If it is anything like the last movies, people will line up to see it on opening day, and throughout the time that it is in the theater, many will see it multiple times.  I wonder when they go and grab their popcorn and sit comfortable in the seats, if they will think about what their mere presence in the theater means?


I probably should have thought of the implications before I bought that series, but I didn't and now I am absolutely haunted by what I have done.  I have tried justifying it to myself by believing that I was deceived into this action, however if I am truly honest, Meyer has been very public about her belief in Mormonism from the beginning.  The books themselves are a Mormon extravaganza replete with prophet worship. As you know, I am a huge fan of urban fantasy and am reading a series by Marjorie Liu right now.  Each series that I read, I am aware of the tropes that constantly appear.  In many ways, much of what people attack Meyer about regarding Twilight, are actually quite standard to urban fantasy.  The stalking/abuse as love, the helpless female protagonist, violence excused because of a preternatural nature are common tropes that can be found in various urban fantasy/paranormal romance books by various authors.  It would be easy to say that the faults with Twilight are because it is a Mormon love story, but that is not the fact.  What it is fair to say, is that because Twilight is a Mormon paranormal romance, by buying the books or seeing the movies, we are in fact supporting an oppression. I think sometimes we get so involved in the smaller issues, we miss the larger ones that are right in front of us.

I think I would like to use this post to discuss every day phenomenon that we support that supports oppressive forces.  What shows, books, movies, companies, magazines do we pour money into everyday that are harmful to various marginalized groups.  Do you believe their faults are widely known and can we live without their products?