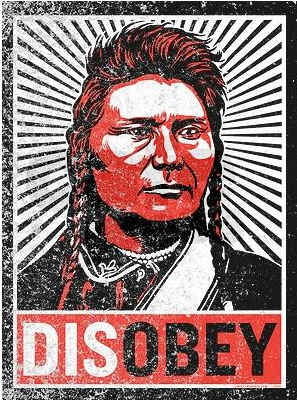 
Hey Womanist Musing readers and fellow bloggers! I’m Dan, a newbie blogger that the great Renee gave the opportunity to become part of the team and larger family. I hope to bring a lot of insightful posts that make you go “Hmm!”, and sometimes take off your glasses (if you have any) and go, “My God…”
As you can tell I am a bit of a joker, and my snark is a means to communicate my disdain directed to things like corporate greed, patriarchy, and racism. I am biracial, Native American and white (I am also Portuguese, but I’ll get into the politics of how it’s white but not kind of at my own blog called Identity Exposure, but some might find that too mushy compared to the hard-hitting stuff I plan to give Womanist Musings). Because I am snarky, I have grown a fondness of Womanist Musings and the tone of snark and whatnot on posts. I think it may be a match made on Earth.
Some may be wondering, hard-hitting stuff? Really? Pray tell. I like to write critiques about popculture, media, politicians, feminist topics, Queer things (I identify myself as Queer), and Native issues that span from forced sterilization to land rights and even tribal politics. I also enjoy discussing polyamory, sexuality, gender norms, How I Hate Twilight™, and real life incidents where I am THE REAL LIFE INJUN™ (yes, also a tm), and transgender things. I can’t promise that there won’t be moments of my alter-ego Lusty Eaglefeathers coming out and discussing how something fetishizes Native Americans. I also can’t promise that I won’t name-drop a great book I just read, because I love to read and amazingly haven’t become part of a book club yet (probably because I refuse to reread Twilight for the sake of the book club…)
As with most introductions with open minded people, I like to disclose that I am Two Spirit, or transgender to some (I use this word because it is more familiar to most Western groups, and does in part explain what I experience/identify with). I am female bodied, and I am not planning on transitioning for quite some time if at all. I’ll probably depend on how ridiculously rich I get or if I don’t have any kids. I prefer male pronouns and I am also Queer by identity and that really means that I appreciate dating people. I respect partners’ sex and gender identity. However, I’ve noticed that I tend to date mostly male-identified or male-bodied people. This will be something to discuss on my mushy blog.
So that is me, folks! I hope to be writing for WM weekly, and I appreciate any and all feedback. Hate comments and mail will just fuel my big ego, and make me feel famous. Yes, I secretly have a big ego. The only thing I will not tolerate is hate speech and flat out name calling. That isn’t cool, nor is your momma jokes.  Thanks folks! Bye!
Posted by Renee at Thursday, March 24, 2011