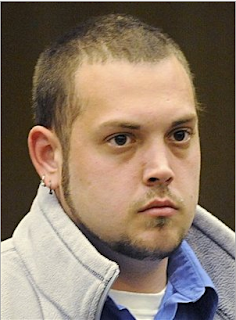 Okay, right after the prop 8 fiasco one of the things I heard from the White LGBT community was a complaint that they gave us Obama, and we denied them their marriage.  Outside of that context, so-called liberal White folks have reminded us how grateful we should be because they gave us Obama, even while patting themselves on the back as being supposedly anti-racist because the voted for him.


A federal prosecutor told a jury Monday that a man and two friends were racists so upset when Barack Obama was elected president in 2008 that they burned down a predominantly African-American church just hours after the voting ended.

Assistant U.S. Attorney Paul Smyth gave his opening argument on the first day of the trial of Michael Jacques, 26, in U.S. District Court.

Jacques and two co-defendants, Benjamin Haskell and Thomas Gleason, were charged with using gasoline to set the Macedonia Church of God in Christ in Springfield on fire in the early morning hours of Nov. 5, 2008. The building was under construction at the time. A few firefighters were injured, but recovered.

Authorities say all three men, who are white, confessed to setting the fire. Haskell, 24, of Springfield, pleaded guilty to civil rights charges and was sentenced in November to nine years in prison. Gleason, 23, who lives on the same street as the church, pleaded guilty last year, awaits sentencing and will be testifying against Jacques.

Smyth told jurors that all three men confessed during videotaped interviews and there is also incriminating audio recordings.
(snip)
Smyth said Jacques and his friends frequently used racial epithets to describe blacks. The prosecutor said Jacques and Haskell trained a dog to "get" black people, and Jacques was upset that his sister was having a baby with her African-American boyfriend and didn't want a black child in his house.

Levinson told jurors that they will hear bad things about Jacques, but that doesn't mean he set the fire.

"You're going to hear a lot of things about him that you're not going to like," she said. "You've got to keep in mind that Michael Jacques is charged with the crime of arson, basically. He's not charged with being an all-around bad person."

Uh huh tell me again how White folk were happy to give African-Americans Obama.  What about another myth about how post racial the world is and that there are places in the U.S. where White privilege does not exist.  I'm a big girl, I can take another fairytale.

Even if Michael Jacques is not guilty of setting the fire he is guilty of being a supreme racist douche.  If we are honest, but Michael is not alone.  These kinds of ideas can be heard everyday in the media.  Just a few days ago The Donald was on The View, questioning whether or not Obama was born in the U.S.  Why the hell is this still considered legitimate discourse?  Perhaps the birthers would be happier if Blacks all walked around with passes like they did in the times of slavery.
I must admit that this story caught my attention because of Juan Williams saying that Black men scared him.  I think that this is yet another example of the various crimes that Whiteness has committed against Blacks over the centuries proving that the idea that Blacks are uniquely violent is RIDICULOUS.  It bears repeating again and again, that if we were to look through history we would find that the racial group most guilty of  emotional abuse, violence, rape, murder etc and etc is the White race.  It is not debatable, it is simply a fact.
I know that some White people will find that fact hard to hear, because they have convinced themselves that Blacks are indeed the problem and that their lily White, over privileged asses are not guilty of anything. I know for many, the idea that the U.S. is a White supremacist state is difficult to accept, what with Oprah rolling in all of that money and Black family riding shot gun in the white house but Barack and Oprah are the exceptions to the rule.  Power still resides in White hands.  It manifests in various form of violence everyday and so you rush to separate yourselves from these young men because you would never even dream of saying something you think is racist, know that your inner monologue convicts you. Know that not doing anything makes you equally as guilty no matter how comfortable you are in your all White suburb.
I am also aware that most White people will not see the actions of these White men as representative of White people or Whiteness.  You see White people get to be individuals and this fact allows White people to separate themselves from the heinous actions that other perform.  If this were a case involving anyone of colour, or someone who was Muslim committing a violent crime, it would been seen as a marker of how violent these groups are.  Whiteness is the only group that never gets spoken of in a universal way and this is yet another example of privilege and power.
When I read stories in the news, how can I stop speaking about Whiteness and the historical damage that it has done to POC?  How can I possibly ignore that separating incidents like this from White people empowers them to continue to act in violent ways while Blacks are daily railroaded into prisons to serve as disposable labour?  Being liberal isn't about voting for Obama, not saying the N word, or having a Black friend.  Being racially liberal is about challenging your privilege and recognizing the dissonance of worth and value that continues to fuel racial inequality.  Never Never Land was Barry's creation, and should not be the basis for a utopian white supremacist culture that exists to unleash immeasurable pain on POC.  White supremacy needs to end and begins by letting go of the idea that these events are not connected to each other.
Posted by Renee at Thursday, March 24, 2011