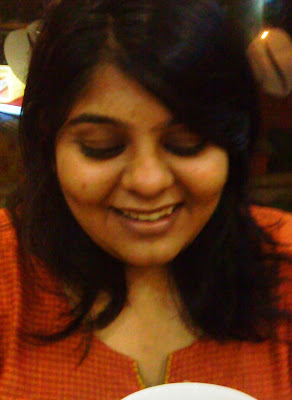 Last week, I read Houria Bouteldja’s essay on Decolonial Feminism And The Privilege Of Solidarity and came away with agreeing with most of it, though there are some big problematic themes hazed over — like the ‘question’ of Islam and feminism co-existing (hint: this shouldn’t take consideration) or even the notion of ‘decolonisation’ mentioned many times in the essay, making it seem as if a ‘decolonial’ state of being is indeed possible (without using time-bubbles that too!) that there will be a time when colonisation will be washed clean from under our skin or given the radical left Maoist thrust of the website, the essay doesn’t mention ‘rescuing’ Marxism from Marx’s colonialism — but all of this disappeared as I read the speaker subverting the concept of ‘solidarity’ — physically and viscerally – by standing in solidarity with White women, which was her way of disrobing White feminists of extending ‘sistersong’. I read, “Solidarity with [insert nationality here]” and impulsively liked how ‘solidarity’ as a privilege was reverted, like Caliban cursing at his master¹, the act of reversing roles was more important than focusing on what she actually implied. Considering the speaker is an activist, her goal was to level the uneven power dichotomy of ‘solidarity’ when practiced by White (Imperial) feminists and possibly for her solidarity ‘ends’ there, and not in likening herself to any White feminists. All of this I knew and acknowledged as I read the essay for the first time; I’ll admit that the Calibanian instinct didn’t die away even after days. So for a while, I started believing that solidarity is a desirable concept when disrobed of imperial and neo-colonial intent and action, even prioritised theory over action so to speak, forgot that my dusty skin cannot be cataloged either way quite this easily.

Co-incidentally two days after reading the essay I ended up taking my students to the Prince Of Wales museum for a ‘field visit’ — calling the museum by a glorified Maratha hero’s name doesn’t change where it originates from or that it attests our colonial past — and somehow while constantly saying “no you can’t touch it” and “yes, that’s a naked body, that’s nothing to laugh about!” we were  standing in front of the Ratan Tata wing — yes those Tata’s – and all the artefacts that came directly from their family heirlooms. One minute I’m telling them to stop giggling at the nude paintings and next moment we come to the section where weapons ‘of the Empire’ are displayed. Rows of guns, whips, knives, pistols — some from the Maratha period, some from the Empire — which were used on ‘natives’; seeing the old Grandfather Clock which still works by London time and finally the cutlery and silverware exposed our (in)visible history. If I were to re-trace ‘that history’, I’d have to look at the gaps and spaces between these narratives and presentations of history, as ‘my’ past is infinitely linked with ‘theirs’. If I were to imagine ‘Indian history’ has a voice, then for the better part of last two centuries it is silenced² judging solely by the artifacts present in the museum, you’d think there were no Indians who lived in India for the time British people hung out here. Had I gone alone to the museum, this would have been the time for me to leave and give in to the crying fit, but my students were around and still wanted to know if those weapons were ever used on us. I must have nodded ‘yes’ as suddenly everyone was quiet for a while. Finally, standing around the creepy, stuffed animals of the Natural History section, one student tells me that his abbujan’s father — great-grandfather that is — used to be a footman to a British naval officer; we don’t look at each other as he wonders out loud if the weapons we saw upstairs were ever used on his abbujan’s father. At that moment — and even today — my first instinct is to cut away all my ties with such a history or a collective past.

‘Solidarity’ as a term and an implied action has too much responsibility for me to simply use it, even while subverting it like Bouteledja’s essay suggests. If I could, I’d certainly like to have no links or connections of colonisation but that is neither my space nor privilege to ‘re-claim’. As strongly I want to play around with the dynamics of ‘solidarity’ — considering how more often than not, it’s Western chains of knowledge and looking at the world that defines the Third World Woman — to say I ‘stand with European women’ — for instance — I’d have to forget and artificially re-member events around me in a manner that will foster ‘kinship’. Like my students too, I roll the word in my mouth as they do every time a new English word is introduced to them and it doesn’t ‘fit’, so to speak. I don’t feel an ‘innate’ bond with Western feminists, I don’t want to extend my arms ‘globally’ and ‘form bonds across borders’. If anything at all, because of my encounters online and otherwise, I’ve become extremely vary of Western feminists who constantly talk about ‘stretching edges’ and ‘re-defining’ the ‘global standard’ as most of these come down to exploitation of the dusty subaltern³. Even if this ‘solidarity’ were to be free of neo-colonial and imperial zeal, I’d probably still be wary, because this ‘kinship’ can quite easily ‘allow’ us to dislocate each other’s experience and well-intentioned rage and end up appropriating cultures — for instance, I care about Islamic and Dalit feminism but have to be very careful about not appropriating their experience in my ‘outrage’, as I’d be prioritising my feelings over theirs; which in interwebes lingo is aptly a ‘FAIL’.

Re-membering history, like they’re pieces of a puzzle is impossible; re-membering past memories where I was in a decidedly vulnerable position — TW for rape threat — is a luxury I don’t have; ‘solidarity’ feels like a poem I must rote learn to properly exercise my ‘feminist card’. I will never know what a Dalit or a Black feminist experiences, ‘sistersong’ allows me an escape-route to believing I do. Instead of chanting ‘sisterhood’, can’t we listen and support? I don’t particularly care if I’m ‘reaching’ a ‘sister’ in Peru, ‘understanding’ her struggle if I can acknowledge that our struggles are different, and I may not always be able to ‘help’ everyone I may want to. Why do we need bonds or ‘kinship’ to understand that All Are Different, All Are Equal?

1. “You taught me language, and my profit on’t/Is, I know how to curse. The red plague rid you,/For learning me your language!”  is possibly my favourite Shakespeare quote.

2. Madhubani art co-existed with the Mughal Empire, for instance. But when we look at the British Empire and the display in the museum all we find is their art and traces of their ‘culture’.

3. This isn’t to intone I have an Agenda Against Western Feminists™ and will destroy them with my third worldly powers if I were to meet them, rather repeated negative experience has taught me to keep my guard up.