Trans Prisoners in The U.K Win the Right to Dress According to Their Gender Identity 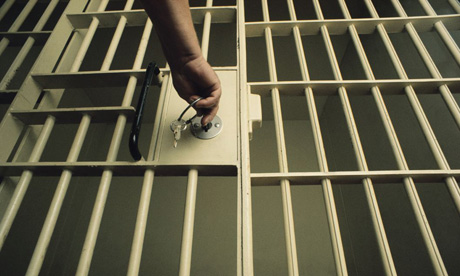 The rights of Trans prisoners is something that I have written about repeatedly because they are often subject to torture like solitary confinement for years.  The prison system is constructed for cisgender bodies and this often endangers trans prisoners and leads to terrible depression.


Transsexuals must be allowed access to items which help them adopt their new gender, the new rules say, such as medical prostheses and – in the case of those changing from male to female – padded bras and make-up to cover beard growth.

"Transsexual people, particularly those who have not undergone surgery or extended hormone therapy, may use various items to assist with their presentation in their acquired gender," insists the guide.

"These can range from sophisticated prostheses to padded bras.


"Regardless of their level of sophistication, access to them can only be restricted in exceptional circumstances.

"These items may only be prohibited when it can be demonstrated that they present a security risk."
Any prison which attempts to stop transsexual prisoners from having such items could be taken to court for judicial review, the paper warns.

"Both male to female and female to male transsexual people may use make-up to present more convincingly in their acquired gender.

"Make-up that is vital to presenting in the acquired gender, such as foundation to cover up beard growth, may not be restricted."

Unlike other male prisoners, transsexuals will not be expected to wear prison uniform if they are punished by being moved to the basic privileges regime.

"Allowing male to female transsexual prisoners to wear their own clothes is not a privilege," it says.
"It may be helpful to explain this to other prisoners who are required to wear prison uniform."

The document advises that suitable clothing can be ordered from the Additions mail order catalogue, if the inmate has enough money. Alternatively, friends and family can provide garments or nearby prisons could donate clothes, it adds.

If a previously-male inmate has been through the legal process to obtain a "gender recognition certificate" as a female, then they are entitled to a place in a female prison unless there are security grounds for refusal, it says.

If no certificate has been issued then a meeting should be held to decide whether the inmate should be in a male or female prison, it continues.

"Before a prisoner is placed in custody, attempts must be made to determine which gender is recognised under UK law," say the guidelines which come into force on March 14.

"This is a legal issue rather than an anatomical one, and under no circumstances should a physical search or examination be conducted for this purpose,"(source)

This is a complete win for trans prisoners and I am excited to read this news.  Yes, they are being incarcerated for a crime but they don't deserve to be further punished by demanding they conform to a gender that is not theirs.  This amounts to cruel and unusual punishment.

In the comments of this piece there were plenty of people claiming that this amounted to a special right and that it endangered female prisoners when trans women were placed in women's prisoners.  There seemed to be particular concern of someone being convicted of rape being places in a women's prison.  I wonder if they realize that rape happens every day in prisons?  It is usually not reported because of fear of reprisals.  There are people with zero history of rape that enter the prison system and decide to rape because this is the only power they feel that they have left.  Rape is never about sex; it is always about power.

I also think it is important to note that the new law does not allow transfer if the officials feel that this would create a security risk.  The truth of the matter is that one is not safe if you are incarcerated.  Prisons aren't built to protect the inmates, they are built to protect society from them.  To me this sounds like yet another trans panic defense to deny the rights of trans people.  The same argument has been used to attack trans people's rights to use the bathroom of the gender they identify and present as.  Panic and fear is constantly invoked to justify transphobia everyday and so I congratulate the U.K on seeing through this nonsense to validate the lives of those who are too often seen as disposable bodies.

Editors Note: I have failed many times over the last year writing about trans issues, and therefore; I am apologizing in advance for any mistakes I made writing this piece.  Please let me know about any transphobic mistakes I made, so that I can be a better ally and learn to address my privilege.
Posted by Renee at Monday, March 07, 2011