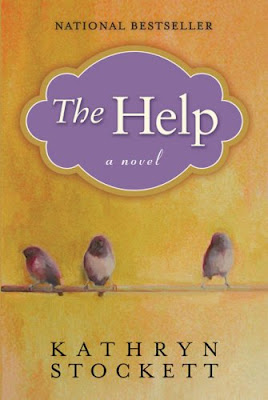 The following is a short description of The Help written by Kathryn Stockett.


Three ordinary women are about to take one extraordinary step.

Twenty-two-year-old Skeeter has just returned home after graduating from Ole Miss. She may have a degree, but it is 1962, Mississippi, and her mother will not be happy till Skeeter has a ring on her finger. Skeeter would normally find solace with her beloved maid Constantine, the woman who raised her, but Constantine has disappeared and no one will tell Skeeter where she has gone.

Aibileen is a black maid, a wise, regal woman raising her seventeenth white child. Something has shifted inside her after the loss of her own son, who died while his bosses looked the other way. She is devoted to the little girl she looks after, though she knows both their hearts may be broken.

Minny, Aibileen's best friend, is short, fat, and perhaps the sassiest woman in Mississippi. She can cook like nobody's business, but she can't mind her tongue, so she's lost yet another job. Minny finally finds a position working for someone too new to town to know her reputation. But her new boss has secrets of her own.

Seemingly as different from one another as can be, these women will nonetheless come together for a clandestine project that will put them all at risk. And why? Because they are suffocating within the lines that define their town and their times. And sometimes lines are made to be crossed.

In pitch-perfect voices, Kathryn Stockett creates three extraordinary women whose determination to start a movement of their own forever changes a town, and the way women--mothers, daughters, caregivers, friends--view one another. A deeply moving novel filled with poignancy, humor, and hope, The Help is a timeless and universal story about the lines we abide by, and the ones we don't.


I must admit that I have not read this book.  I actually thought about picking up a copy as the book became quite popular until I learned about the pending lawsuit Ablene Cooper.  After specifically stating that she did not want to be appear in the book, Stockett decided to base the charter of Aibileen Clark, on her brothers maid Ablene Cooper.


Aibileen speaks in heavy ethnic lingo and, in one passage, compares her skin color to that of a cockroach.

"That night after supper, me and that cockroach stare each other down across the kitchen floor," Aibileen says in the book. "He big, inch, inch an a half. He black. Blacker than me."

Cooper has said the portrayal of Aibileen -- an almost saintly figure who is subjected to the racial prejudices of the period -- is "embarrassing."

Syndicated columnist Clarence Page, who is-African American, said, "There is an old saying, 'You can joke about your own crowd, but not about someone else's (source)

Okay, the poor Black woman on whom a character was based is upset to the point of suing but hey why pay attention to that let's make a movie.

(for a description of the video see Liss over at Shakesville)

So, the original story was deemed problematic, but that did not stop Hollywood from turning it into the glorification of good White woman saves all.  A Black woman certainly could not be inspired by the oppression that she faces everyday to create a change in her life, when there is a White lady around to lead the charge for emancipation.  Are you feeling overcome?  Do you need a moment to digest this?

On top of all of the thieving fuckery, from the promotional material, it seems that this is being held up as the epitome of friendship between Black women and White women. Isn't it just every Black woman's dream to be able to have her very own White woman Missy Anne to guide her through life, and stand as a shining example of womanhood.  Happy, happy,| happy times everyone. Who wouldn't want a friend that centers themselves in issues that prominently effect you because it grants that chocolate chip cookie ally status.
Posted by Renee at Tuesday, April 19, 2011