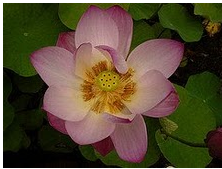 I am a writer, black woman, bibliophile, music lover, nappy head, geek, eccentric, Midwesterner, wife, stepmother, sister, aunt and daughter. I am a liberal progressive. I believe in equality...of gender...of race...of sexuality...and I believe in working PROACTIVELY toward same. I am anti-oppression. I believe in justice for ALL. (Knowing that, you may label me as you wish.) I am a genealogist and I believe there is strength and knowledge to be found in the lives of our ancestors. Good living, good food, good music, good books, good people and good conversation turn me on. You can find me at What Tami Said
What? You heard me.
America's claim to the values of liberty and justice will forever be in question, as long as we whitewash the injustices that are a part of the country's past. A people that are truly devoted to these values would look unflinchingly at ugly parts of our history to ensure that those things never happen again. But too often we don't do that. We choose patriotism and flag waving over truth.

Talking to a friend who recently visited Mount Vernon, I was reminded of how the historical site genuflects to the idea of George Washington as a noble freedom fighter, while nearly ignoring the human beings he kept in bondage on the very land now dedicated to the first president's deification. I am not suggesting that Washington should be castigated using modern values, but that the contradiction in the supposed values and actions of our founding fathers, and the hypocrisy of American citizens, should be acknowledged and analyzed.
Why do we abide revisionist histories of antebellum America, the Civil War, Reconstruction and its racist aftermath? Why do we allow the lie that North and South fought over "states rights" when articles of succession, as well as Alexander Stephens, the vice president of the Confederacy, contradict this?


The prevailing ideas entertained by [Thomas Jefferson] and most of the leading statesmen at the time of the formation of the old constitution, were that the enslavement of the African was in violation of the laws of nature; that it was wrong in principle, socially, morally, and politically ... Those ideas, however, were fundamentally wrong. They rested upon the assumption of the equality of races. This was an error. It was a sandy foundation, and the government built upon it fell when the "storm came and the wind blew."

Our new government is founded upon exactly the opposite idea; its foundations are laid, its corner-stone rests, upon the great truth that the negro is not equal to the white man; that slavery subordination to the superior race is his natural and normal condition. This, our new government, is the first, in the history of the world, based upon this great physical, philosophical, and moral truth. Read more...

Did anyone catch the MTV documentary about 50 Cent and his research info his family history from which the above clip was taken? The woman in the video appears to be in some sort of period dress. The idea that this ignoramus could be spewing nonsense to students and visitors at some historic site is blood curdling.

We allow revisionists their own baseless histories, which allows people like this woman to wash their hands of justified opposition to the Confederate flag and conversations about the legacy of slavery. Revisionism allows folks to pretend that slavery, the genocide of Native peoples, the internment of Japanese Americans are just minor blips for which no one, least of all America, is really responsible.