Storm is probably not a “genderless child” 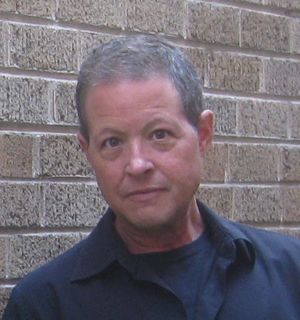 There’s a Storm currently brewing in Toronto – a child whose parents are raising hir without revealing hir sex to the world. Four-month-old Storm is being billed by the media as a “genderless child,” which isn’t entirely accurate. In all likelihood, Storm has a gender – we just don’t know what it is yet.

And truly, it’s none of our business. Most of us don’t even know this family, so they really owe us no explanation as to the sex, gender, or even favorite foods of their children. But that doesn’t stop the media and the blogosphere from its relentless criticism of these parents and its hand-wringing concern over the fate of this poor child.

One blogger even went so far as to call Storm a “genderless ‘It’ child.” Now that certainly shows compassion for the baby, doesn’t it? “It” is the most dehumanizing word in the English language for a person – and as someone who has been called that as an adult, I can’t imagine starting out in the world with the offensive pronoun already on my permanent Internet record.
I was briefly interviewed about Storm by Jim Richards on Newstalk 1010, a radio station out of Toronto, but, as is the case with all radio talk shows, you really need your 15-second elevator speech memorized, because you don’t get a chance to discuss the situation in depth. This isn’t Richards’ fault – it’s just the way of talk radio and the fast-paced, sound-byte world we live in.

Richards was concerned about Storm. Although he favored allowing a child to choose which gendered things that child was interested in, he also favored raising the child in a gendered manner consistent with the child’s sex assigned at birth, and then taking a wait-and-see attitude with regard to the child’s gender identity and expression.

I actually agree with him. Western culture (and many other cultures) assigns gender based on primary and secondary sex characteristics, and it is likely that Storm has some characteristics now that indicate a physical maleness or femaleness.

And even though Storm’s parents intend to home school the child – or, as they prefer, to “unschool” the child at home – Storm will eventually have to go out into the world, where zie will be exposed to cultural gender expectations. Storm will also eventually go through puberty, and this puberty will cause changes in Storm’s appearance that will dictate how others respond to hir, as well as how others expect zie will respond to them.

Regardless of Storm’s internal gender identity and external gender expression, zie will need to be equipped to deal with these cultural expectations – to embrace them, reject them, or accept them with stipulations. And even prior to that, it is likely that Storm will start to manifest gendered behaviors and preferences.

And that, I think, is the crux of the matter and what will prove ultimately to be crucial to Storm’s development, identity, and well-being – whether or not Storm’s parents allow for and accept any gendered behaviors that Storm begins to display.

While I personally think that Storm should be given a gender and then allowed to go wherever hir true gender identity takes hir, it’s really none of my business. I think Storm will be fine as long as hir parents accept whatever gendered behaviors Storm prefers to adopt.

If there is any real damage to be done, it will occur if Storm’s parents refuse to permit the child’s adoption of any culturally gendered behaviors to which the child gravitates and with which zie is comfortable. If that happens – if Storm’s parents attempt to lure hir away from displaying any gendered preferences or flat-out refuse to allow gendered behaviors when the child exhibits them – then it will be as detrimental as attempting to “change” trans children by forcing the to play with “gender-appropriate” toys or forcing them to dress in “gender-appropriate” clothing.

At this time, Storm’s parents have given no indication that they will forbid the child from expressing any internal gender identity that zie feels. As long as they stick to that philosophy, I think Storm will be okay, and the major damage will come when zie becomes old enough to see hir life dissected across the Internet.

Until then, zie won’t know the difference – and neither will we.
Posted by Renee at Monday, May 30, 2011