Rihanna Explains Why Her Hair Is Nappy 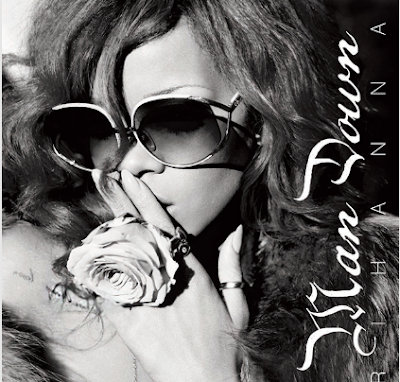 Wow, just yesterday I wrote a post about the fact that Black hair is still very much political, despite the fact that so many White people have shown up on the blog to inform me otherwise.  No matter what your class designation is, as long as you have Black hair, there is always going to be someone who has something to say about it, even though it is none of their business.

NinyaBella decided to ask RiRi why her hair is always so nappy, after viewing recently released  cover art for Rihanna's next single Man Down.  I don't know for sure that NinyaBella is White from looking at her picture, but she sure has passing privilege and long silky locks. Umm huh.

First, Rihanna's hair is anything BUT natural, so I don't get where this woman gets off deciding to call it nappy.  I also have a problem with anyone but Black people referring to our hair as nappy.  The term nappy, has been used by Whites to point out that not only is our hair different, but that it is of an inferior quality to straight hair.  When Blacks use it, it is in the spirit of reclamation and loving our natural selves.  Natural hair continues to be attacked, and seen as something that Blacks should attempt to rid themselves of.

I once had a White acquaintance compare it to people dying their hair.  For her, enforcing straight hair on Black people, was no different than the stigmatization that we socially attach to grey hair.  The role that race plays in this pressure was completely ignored, because it was easier to pretend that we are all the same.  The idea that we are all the same exists to force conformity and attack anyone who is either unwilling, or unable to conform to the dominant grouping.  Ours is not a culture that celebrates difference, and instead we attack and oppress at will, because it supports hierarchy and privilege. It is so dominant, that Black girls are taught that they don't look right with their natural hair. There is a reason there is such a huge market for kiddie perms.

No matter your class privilege, or your celebrity status, as long as you are Black, hair will always be an issue.  Even light skinned women, who traditionally have greater access to opportunity and power, are pressured to straighten their hair, because it is a symbol of the dark other that flows within their veins.  There is no other group for whom their natural appearance is considered a political statement. Wearing ones hair in natural styles is often seen as militant and decidedly anti-white.

White people don't think about how racist their questions regarding Black hair are, or the fact that it is belittling us to expect that they can touch us at will.  I personally am thrilled that Rihanna replied in the manner that she did.  I have to say that even though twitter only allows a 140 character response, my answer to this woman would not have been nearly as polite.
Posted by Renee at Thursday, May 12, 2011