Saving the Children, or Destroying Them? 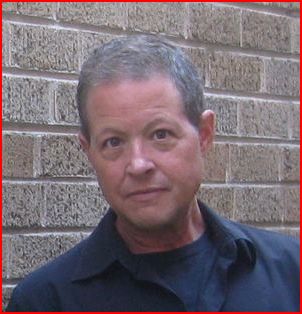 
In Denver, Colorado, USA, where I live, there’s a guy with a large van that is plastered on all sides with photos of the results of late-term abortions, which are illegal in the United States anyway. Some people tell me the pictures have been Photoshopped. Maybe they have and maybe they haven’t. It doesn’t matter. The pictures are not pleasant to look at.
It’s obvious that the person who drives this van is anti-abortion and that his goal is to send a message about abortion. Perhaps he hopes that he can stop it this way, or discourage some women from having one – unlikely, because the pictures are so far removed from any intelligent discourse on the matter that those who see the van end up disliking the person driving it, no matter how they feel about abortion.
The problem is that if you asked this man, and others like him who display these photos on oversized placards at anti-abortion rallies, what he is trying to do, he would no doubt say that he is trying to “save children” or “protect children” or “protect innocent lives.” Yet I’ve noticed that the people who most espouse the “protect children” argument – when it comes to abortion or any other social issue – are the ones whose philosophies and actions damage children the most.
This particular van was intentionally parked in front of my nephew’s elementary school a couple of years ago. The children in school could see it out the window. The school personnel could do nothing, because it was parked on public property. The children were very upset. They couldn’t concentrate in class. My sister discovered, after talking to some of the other mothers, that some of the children had nightmares that night.
But none of them knew what it was. None of them knew what the photos meant. If the individual who parked the van in front of the school was hoping to influence young minds against abortion, he failed miserably, because the children didn't understand what was being depicted. What he succeeded at was traumatizing the children inside the school. He did not “protect” or “save” any children that day – he damaged them instead. I don’t believe he cares about children at all – quite the contrary. If he really cared about children, he would not want to see them hurt, upset, terrified, and traumatized.
This is only one of so many instances of those who give lip service to protecting children while acting aggressively to hurt them. Most of the political platforms in the United States that profess to “help,” “save,” or “protect” children also seek to:
I don’t believe for a minute that these people who claim to value children actually value children. I don’t believe that the culture I live in values children at all. If we truly valued children, we would do everything in our power not to traumatize, deprive, or neglect them.
We would make sure that educational, social, family planning, and health programs were funded to full capacity, so that all children and families could be more than adequately served. We would focus our vast resources on equalizing the playing field for all children, not picking and choosing which children are more or less deserving.
Until I see this, I won’t believe that “pro-lifers” care about life at all. I won’t believe that “family values” proponents care about families. And I won’t believe that those who seek to “protect” children care about children.
You can drive your van around town all you want to, but until I see you actually doing something that benefits kids, I have no use for what you think you’re trying to do, say, or prove. You only prove how little regard you have for those you claim you’re trying to “save.”
Posted by Renee at Monday, May 16, 2011