There is More to Schwarzenegger's Affair Than Sex

When it was released that Arnold Schwarzenegger and Maria Shriver had decided to separate, I must honestly say that I didn't care in the least bit.  Even when it was revealed that he had been unfaithful, I continued to ignore the issue.  It is only when I learned that he had been unfaithful with an employee, who btw is a woman of colour, and that they had produced a child together, that the story finally caught my attention.

Today I learned that the media and multiple blogs have discovered her identity, and have released her image as well as her child's to the public.  There is nothing like sensationalism to start the day.  Please meet, 50 year old, Patricia Mildred Baena. 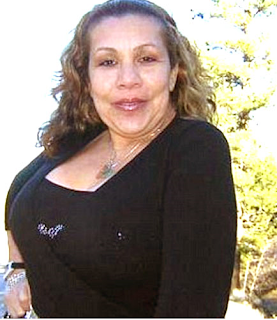 When her picture was revealed on The View this morning, the audience positively groaned.  The ladies made it clear, that they didn't find her attractive, while making sure to say that she may have been more attractive years ago, when the affair first began.  This response has been mirrored on blog after blog that I have seen discussing her thus far. Her appearance is only deemed relevant to this conversation, because we live in a sexist culture, that is absolutely determined to reduce women to their physical bodies at all times.


Much sympathy has been offered to Maria Shriver publicly; however, the unacknowledged victim in this situation is without doubt Baena. Schwarzenegger was her employer and therefore their relationship was not one based in equality.  When Clinton engaged in his extra martial affair with Monica Lewinsky, she was demonized by the press, in much the same manner that Baena is now; however, feminists at the time attempted interject an understanding of power into the public consciousness. Thus far, no such effort has been made on behalf of Baena.  I suppose that for mainstream White feminists, what happened too closely matches their unacknowledged fears.  Yes, while they are busy exploiting women of colour so that they can be all they can be, they fear that the nanny or the housekeeper is at home seducing their husbands. This position of course ignores the many factors that go into incidents like this.

To be able to consent, first one must have the ability to say no, and if power is not equal between the parties involved, there is no ability to decline. Furthermore, it is important to acknowledge that consenting to a sexual relationship under duress, does not meet the standards of affirmative consent.
Whether or not Baena consented to sex is irrelevant, because a failure to consent could have meant dismissal and even black balling for her. She was their housekeeper and therefore was far from a wealthy woman; she worked for the family because she had to. Baena did not actively harm Maria Shriver, she did what had to, to feed her family and this must be clearly understood. This means you can all stop attacking her as the evil temptress, and admit that she was just as powerless as Maria to control the situation.

Schwarzenegger has a history of sexual harassment and therefore, what this relationship should tell us, is that this is a man determined to use his power to abuse women, and yet many would rather cast aspersions upon Baena, suggesting that she is not attractive enough to be the source of his sexual desire. In all of the sympathy for Shriver and hatred for Baena, it is Schwarzenegger who is being ignored.  The sexual abuse of women is not about wanting or desiring sex, or the attractiveness of a woman; it is about power.  What Schwarzenegger is addicted to, is the ability to wield power over women.  The child that this encounter created can in no way be considered a love child, rather he is evidence of his father's outright hatred of women. The continual exploitation of women on Schwarzenegger part, can in no way be seen as respecting women.

Even as I am writing this, I know that the approach that I have taken will not appear on feminist websites.  This story ultimately is about the exploitation of a woman of colour and we all know that this is something that is not high on their priority list.  There is little difference between Baena and  Lewinsky, but the silence of those who claim to advocate for the end of women's oppression, tells me that race is what ultimately decides who is deemed woman and therefore legitimately oppressed.
Posted by Renee at Wednesday, May 18, 2011