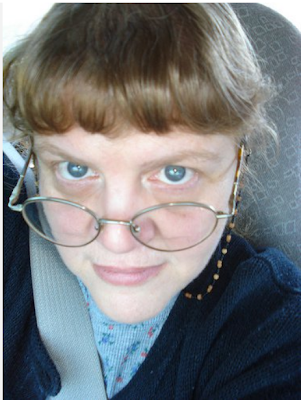 Does anybody remember the Susan Smith extravaganza?

Before Susan Smith admitted that she drowned her sons, she blamed their disappearance on that handy-dandy, world-wide boogieman, A Black Man. To the credit of South Carolina, nobody really believed her. An evil black man jumps out of the woods and steals your white babies as you calmly sit at a rural stop-light? Uh-huh. Sounded almost like Bigfoot.

And everyone immediately recognized the knee-jerk racism of Smith's story. If anything, it signaled to law enforcement that she was lying.

But Casey Anthony's epic tale of Zannie the Nanny has not been similarly recognized for what it is. In fact, I didn't see it either, at first. But while listening to the interrogation tapes, I suddenly got it: Casey describes fictional Zannie as not only Latina but "mixed"--she is half black. I sat bolt upright. What did she say? Is she helpfully COLORING IN the story for us? Susan Smith, call your office.

And today, we have Lee Anthony on the witness stand, relating a new story by Casey: Zannie supposedly held Casey down and TOOK Caylee from her, in a public park, accompanied by her sister and her sister's children. The plot thickens.

Reprise--the evil dark person threatening the innocent, sweet white children of the world, as well as their pretty white mommies.

One thing we aren't hearing about in all this... there is a real person named Zenaida Fernandez-Gonzalez, and her life was nearly destroyed by Casey's wanton lies:


Casey Anthony, 22, said she last saw Caylee over the summer when she left her with a nanny by that name in the parking lot of a local apartment complex.

Her defense team has indicated plans to argue that the sitter kidnapped and later killed the 2-year-old. They say the woman described by Anthony is not the same person as the one suing.

Police questioned Fernandez-Gonzalez extensively, but turned up no link between her and the child.

Fernandez-Gonzalez claims she lost her job — and her life as she knew it — because of her unwanted involvement in the Anthony saga.

This week, we heard about cadaver dogs and computer searches, lots of experts and not a lot of emotion. Casey searched for "chloroform" about 84 times on her computer; how to make it, where to find it, how it works on humans, etc. She also checked out "neck-breaking" while she was there.

The cadaver dogs "alerted" but did not find a corpse. Two dogs alerted in the same spot, near Caylee's playhouse. She probably hid the body there for a day or so, before putting it in the trunk of her car, which had the tell-tale stench of decomposition.