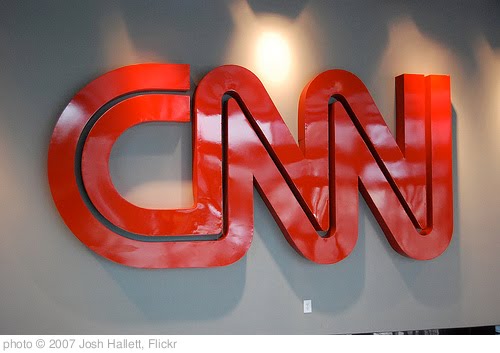 Many of you already know that yesterday I was quoted in an article at CNN about the phenomenon of White people touching our natural hair.  CNN linked to a post I wrote in 2008 entitled Can I Touch Your Hair? Black Women and The Petting Zoo. On top of sending me some of the most vitriolic racist hate mail that I have ever received, many decided to spread their filth in the comment section on my blog. Below you will find some of the comments that were so clearly racist that I decided not to publish them.  I do so now because I think that they will make great fodder for discussion.

bjmacay:WOW! No wonder black women are so angry!

I thought it was because lives wasted dedicated to chronic church-going and piety wherein God never really gets around answers her prayers, sleeping with deadbeats, unemployment, single-motherhood and the like.

No, it is because of your hair? Crazy!

People want to touch your hair out of kindness. As long as you perpetuate the slave/master model you will be trapped by it. Hair on women (and some men) is a universal source of sex appeal and advertising of youth or fertility. This is why so many women cut their shorter after getting married or having children. Yes, it is easier and more "manageable" but it is moreover a way to tell the world that you are not interested in sending out sexual signals. This is true universally in the caucasoid community and I suspect that black women also are prone to this hence a young womens' obsession with her hair.

If there is any ill will towards touching your hair it is likely an outlier.

Sometimes being noticed is not what sets you apart but makes you the same and includes you. Notice the distinction in that statement. No middle-aged white woman likely meant you any harm or ill will, if anything it is the opposite and is meant love and kindness.

@AC_Rebecca: I read about this post on CNN.com and wanted to respond directly to you. I am a white woman who, as a teen, was often asked about my racial heritage by both black and white classmates. My hair was very much like yours. It was not unusual for other teens to ask to touch my hair or just reach out for a feel. It didn't bug me so much when I was asked, though I thought it was weird. I also don't have the awareness you have of black culture and history.

I just ask you to consider that people are innately curious. There is no excuse for rude behaviour, but there is no need to condemn a person who asks to touch your hair as racist.

May: You are WRONG WRONG WRONG! I am a fair skinned white woman, with very long hair. People ask to touch it all the time. Black people too. A few have touched without asking. It's a spontaneous gesture, and I take it in stride. I've always hated the look and smell of ANY over processed hair. I have been saying for years that black women should wear their natural afros. I like them. They look soft, puffy and pretty, and can be asymetrical, which is flattering. And yes, I occassionally want to touch them, like those who touch my long silky hair. All your ranting about racism, and possession and slavery is outdated and confrontational. That was a long time ago, and Black Americans are not the only people in history to have been enslaved. Should we all get offended when people touch our particularly touchable hair, because at one time or another in history, our people were enslaved by someone? Ridiculous.

Gerard: I think you need to learn what racist means. You said "That they were being racist, or treating me like some kind of exotic creature, never once occurred to them." If it never occurred to them then they weren't being racist. Racism means that one feels that their race is superior to another. If they did not realize that they were degrading you then it doesn't mean they are racist, only that they are oblivious. A person cannot be racist and not know it, they must hold the belief that their race is superior, one cannot do this without knowing they are holding such a belief. Such flippant use of "racist" takes all meaning away from the word, and you of all people should be ashamed of doing that.

Detroit, Michigan: Enough with the negativity! I agree there is a time, place, sensitivity, and situational awareness to consider when talking to or even touching strangers for goodness sake; BUT, I don't think asking questions about hair is offensive or racist, nor do I think touching it is oppressive. My God can we move on already?! I think hair is especially connecting between women of any race. My hair is often touched and talked about with my friends and strangers! Women touch each other's hair and talk about styles and products constantly! Would I reach out and grab a strangers hair in a restaurant? Absolutely NOT! But idiotic people do walk this Earth; I don't think it's racist, it's stupidity. And if it's "85%" white people that ask about your hair, it's obviously because they don't have it! So what if they're curious? Unless they're rude about it, why is that negative? Isn't it positive that they want to have that connection with you? I personally see it as a way to connect and reach out for conversation or to find a common ground. Clearly you see it completely different, unfortunately.

Above are only a few examples of people explaining away the desire to touch our hair.  The most common excuse for the violation was curiosity, as though this somehow removes this history of violation of Black women's bodies.  No one wants to be called a racist or told that their actions are racist, because we have universally agreed that racism is an ugly thing, and yet Whiteness engages in overt and covert racist acts on a daily basis.   The problem for many is that racism means using the N Word, or wearing your White sheets out in public, but racism manifests in various way and this limited definition serves to give Whiteness a pass on its racist actions.

It is not a compliment to exotify the other.  Even those who claim to wish that they had Black hair are problematic because they sure as hell don't want anything else that comes with being Black.  Inappropriate touching and comments will continue to be a problem, because Whiteness has absolutely zero interest in owning its historical ongoing racial privilege. If our truth makes you uncomfortable, it's probably because it is hitting close to home.  If you don't like the effect then don't produce the cause.

What are your thoughts on the above comments and what does it say about the divide on this issue?