Gotcha and the Public vs Private Divide 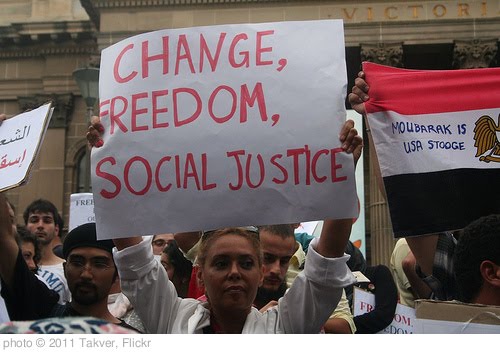 We hold social justice bloggers to a very high standard.  It certainly is easy to do, because all of their mistakes are public and therefore easy to comment on.  If you look through the archives of Womanist Musings, you will find fail after fail.  You will see me lose my temper, apologize and then move on.  You will also see growth, because I certainly am not the same person I was when I started the blog three years ago.  On any good social justice blog, you will see the exact same thing, because decolonizing your mind is a journey, and no one, no matter how sympathetic, or educated ever gets it 100% of the time. I personally believe that it is always important to remember that no one's worst day, is representative of who they are as a person, and that to believe in justice and equality, one must necessarily be willing to accept that people will change, grow and learn.  If we don't believe this, why are we expending so much effort to create change?

I tried to have this conversation yesterday in the comment section, and some of you were more interested in playing gotcha than engaging in good faith.  I know that gotcha makes you feel good, but it actually doesn't get anyone anywhere. What honestly irritates me about the gotcha that people continually engage in online, is that it allows them to avoid their own mistakes.  Even as you are telling someone off for their mistakes, your own background is none to clean.  I know this because there isn't a single person who has not at some point engaged in harmful behaviour, as a direct result of their privilege. To use a biblical reference, let he who is without sin cast the first stone.
This in no way means that we shouldn't call people out when they make a mistake, because how else can they learn (especially if they are as thick headed as I am.)?  I simply think that while we are mounting an offense, we need to think about the times when we have messed up.  This is particularly true when you are relating to someone leading a public life.  The person who does not blog, does not have an ongoing record of their failures.  Whatever shame may be in their past is not visible and therefore not open for debate, whereas; the same is not true of bloggers who do not alter their archives. If all of your fails in the last few years were laid out for the public to see, would you still be so quick to point fingers and assume bad faith?  Do you consider yourself a good person, though you have engaged in fails?

I have said it before, and I will say it again, it takes courage to stand before the world naked, and that is what social justice bloggers do every time they post a piece.  Blogging is a grueling thankless job, but we do it because we are committed people (believe me, it certainly isn't for the money). Before you start, I am not asking for a cookie, just a simple recognition of the work involved in running a space like Womanist Musings. Each time you post a piece you risk shaming yourself, attacks, and hate.  There hasn't been a single day in months, when I have not received some hate filled missive in my email box. It is me who goes through the comments to make sure that the readers are not triggered by isms, but still allowed to have a conversation.  Each day I am up to my neck in hate and it hurts, but I continue to do it, because I feel it is important work. So when you come to this space or any space that is dedicated to social justice, I ask that you consider the risk, time, and effort that goes into creating a blog. People without good faith, don't put themselves through this.

I talk about privilege because it is important, but I also have privilege, as does every single person.  I also have a wicked temper and tend to get angry quickly.  These are my faults and I am not proud of them, but recognize that they are a part of me.  What are your personal failings?  Do you hope that people will overlook them and see who you really are?  Do you hope that people will see your intent and good heart, or do you expect them to throw you to the wolves?  I know that intent does not count for a whole hell of a lot, but it does count for something. Intent and heart are something we are far to ready to dismiss online.

To get by in this world it is necessary to forgive.  Yesterday I made the distinction between acting in a homophobic and transphobic manner and being a transphobe and a homophobe.  I admit that I have straight and cis privilege, and that I have a lot to learn, but that does not make me transphobic or homophobic.  If you think that my intent is as negative as some of the fundi Christian groups actively working to oppress trans and gay people, then you have either not read through the archives of this blog, or give no value to intent.  When I made the distinction, I was asked if I allowed White people to make this same distinction and the answer to that is a resounding yes, because if I did not, I could not have a single White friend, let alone White spouse.  Over the years I have had many White friends and this includes my spouse, say hurtful racist things to me.  I sat down with each and every single one of them and explained why what they said hurt and how it was a reflection of their privilege.  The ones I am still close to today, are the ones that apologized and grew.  I fully expect them to mess up again, because that is the nature of racial privilege, but their intent and their goodness has earned them the right in my eyes to be given the benefit of the doubt on their own personal journey to grow.  If you never make allowances for growth, then you better be prepared to never make a mistake yourself.

I have gotten off my high horse and I have admitted very publicly my failings, and the fact that I will continue to fail, because life is not a sprint, it is a journey.  If you never fall, how can you learn? If you don't forgive, you are simply excluding yourself of the joy of companionship and watching someone grow.  Hold onto your righteous rage, because negotiating a marginalization is tough, but while you are doing so, remember to treat others as you want to be treated, and most importantly remember that your journey is not without stumbles.

Editors Note: For the purposes of clarity.  There is a distinction between doing or saying something homophobic and transphobic and being an outright transphobe or Homophobe.  I fully accept that my privilege means that I will act in transphobic and homophobic ways, as I confront it and learn to negotiate it fully; however, I reject being called a transphobe and a homophobe outright and furthermore I refuse to take on this label.  Just as I make a distinction between what you did was racist and you are a racist, or Whiteness and White people when talking about race, the same applies to other marginalized groups.
Posted by Renee at Tuesday, August 02, 2011