Guys and Dolls: The Power of Silence and Activism in the Margins 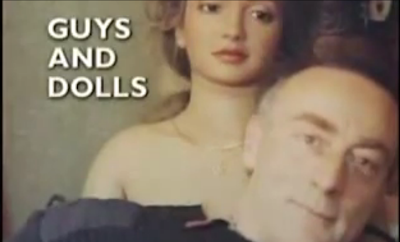 If you happen to be a woman, you and I probably share the same pet peeve - not being allowed to finish a thought.  The unhusband is quite normally quite repsectful of my speech, but every once and awhile, he stops listening and interrupts me at will. For the most part, I can say that I have this sort of incident with most of my male friends from time to time, which is why the one male friend who routinely stives never to interrupt me, and in fact encourages me to finish my thought really stands out to me. It seems like such a small thing, but when you are used to being cut off, or spoken over, it really does make a difference. I absolutely love this about him.

I found myself thanking him recently because how much it means to me to be able to finish a thought uninterrupted.  I believe that most of the men that I interact with would say that they are not sexist, or that they actively work to combat sexism, but the fact that they will on occasion interrupt me, or show a lack of patience for my speech, while assuming that what they have to say is of the utmost importance, speaks largely about how far they still have to go as far as challenging male privielge.

In everyday interactions between men and women, sexism is omnipresent.  It does not have to be overt for it to have an impact on the interaction.  It appears in actions like cutting a woman off, treating her like a wilting flower, assuming the right to take up more space than a woman. This is because women are often viewed as objects, even by those that care about them the most. In its most extreme example, women become objects to be possessed, because men believe that they have a right to our bodies.

I found a documentary that aired on BBC that examines the phenomenon of Real Dolls.  These dolls are designed to replace women and are anatomically correct. The men who buy these dolls claim that they are necessary to their lives, because women are unattainable, and have a history of using them.  Some of the men who purchase these dolls nurture them with things like foot massages, expensive wigs and makeup, but eventually all end up having sex with these dolls.  The dolls are designed to the specifications of the owners down to, the shape of, or lack of pubic hair.


the rest of the documentary is available on youtube.


These men build the perfect women for themselves.  Women that cannot consent, let alone resist.  Women that serve solely their needs, because they have no needs of their own. Possessing these dolls clearly empowers some of these men and for me, that is highly problematic. Even though many men would not go as far as to buy themselves a doll like Real Dolls, many exist with the very same motivation as these men when it comes to gender.

The impetus to buy these dolls, is exactly the same as the impetus to silence women when we speak, because they both stem from patriarchy.  It is about asserting control over women.  These men have simply taken matters to the extreme, because instead of interrupting us, they create women that are incapable of interacting with them.  I know that some will be resistant to this analogy because they believe the interruptions and minimizing of our thoughts to be harmless, but it most certainly is not. If your perfect woman cannot speak, or if you silence the woman that you love, how is that equality?

In some ways the existence of men who buy Real Dolls or celebrate disembodied women, tends to obscure everyday sexism.  It is something that someone can point a finger at and say, see I'm not that bad; however, not that bad does not mean not sexist, and it certainly does not mean, not an active oppressor. One of the greatest ways that we can empower a marginalized person is simply being silent, and each time my friend puts me first, and encourages me to speak, not only is he challenging his privilege, he is empowering me. He has truly shown me the power of silence. As far as I am concerned, the men who purchase Real Dolls are already too far gone, but that does not excuse the everyday small slights that occur. Instead of using silence to oppress the way that the owners of Real Doll do, silence should be used to empower because sometimes inaction and be so much more powerful than action.  The activism that often leads to the best results happens within the margins.