Sexuality is Not Monstrous, Heteronormativity Is: Musings on Jack Harkness’ Sex Scenes in Torchwood: Miracle Day 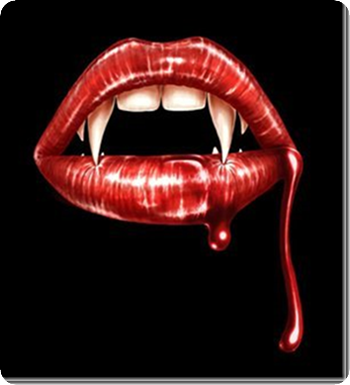 Natalie Wilson, a Women’s Studies and Literature professor at Cal State San Marcos, is author of the recently released Seduced by Twilight: The Allure and Contradictory Messages of the Popular Saga.
She pens one of the academic blogs analyzing the saga at http://www.seducedbytwilight.wordpress.com/. She is also author of the blog Professor, What if? and writes regularly for Ms Blog, Girl With Pen, and Womanist Musings. Her home page can be found http://www.nataliewilsonphd.wordpress.com and her Twitter handles are @seducedbytwi, @drnataliewilson, and @professorwhatif.


My children and I are big Dr. Who fans so, when Torchwood came out, I read around, talked to fans of the series, and felt the content was age-appropriate for them, especially as I would watch and deconstruct the show with them. Well, after watching the first “death by orgasm” episode, I promptly changed my mind and shelved the hope of watching Torchwood together until they were older.
Happily, the new Torchwood: Miracle Day series is less “adult” than the original show and helps us bide our time as we anxiously await the return of Dr. Who in late August.
Alas, when discussing the show with another parent recently, he asked if I was concerned about the homosexual sex scenes from a few weeks back. Though rankled by the underlying suggestion that only “homosexual sex scenes” are “concerning,” I held back on my desire to launch into a treatise on the horrors of homophobia and the pervasiveness of heteronormativity, and instead calmly asked “Well, the heterosexual sex scenes were just as graphic. Are you suggesting those are okay for my kids to see, but that I should be ‘concerned’ with the scenes between Jack and his lover?”  “Well, uh….” he prevaricated, “but those types of scenes are everywhere.”
I agreed, noting that though I don’t approve of the hypersexualization of most media, I would prefer that such hypersexualization at least be more diverse, and represent the wide range of human sexuality and desires.
As background, my daughter is 12 and my son 15 – they are both in those twilight-zone media years where kids movies are too young for them, and adult movies too old. The ratings systems don’t help much here – R movies (such as Winter’s Bone) I sometimes find far more appropriate (and thought-provoking) than PG-13 and PG movies (which more often than not include sexist and racist content not in keeping with the feminist morals we hold as a family). We still watch many of these, but we do so with a critical eye.
The more I thought about this other parents inquiry though, the more angered I became by the implicit suggestion beneath the question – that sexual content in general is okay, but that homosexual or queer sexual content has dangerous potential.
Given that kids – unless denied media altogether – will be exposed to sexual content, I feel it’s a good thing when they are exposed to homosexual/queer content. Most of the scenes they see will be heteronormative and filmed via the male gaze – with woman as object. Many will involve sexual harassment and/or rape. Few will mention contraception or STDs. These facts are far more concerning to me than Jack Harkness getting it on with a male lover.
While it’s hard to judge when children are ready to be able to process and analyze sexual content in media, I choose to err on the side of believing in my kids maturity. And, as they are going to be exposed to sexed-up content, I would actually prefer this content not only be presented via a heteronomrative-white-male-youth-and-appearance obsessed gaze.
So, was it easy to watch Jack in an extended graphic scene with my kids on the couch next to me? No easier (or more difficult) than it was to watch Rex and Vera’s graphic scene. And, it was worth the ick factor that I think is common across such generational viewing divides to happily realize that my kids watched the scene as they do ANY sex scene, with no more or less discomfort than watching such a scene with their mom in the room illicits. I love the fact that to them, kissing is kissing and sex is sex, regardless of what ‘package’ the humans doing such acts come in.
While I wish media content in general was not so hyper-sexualized, I am happy that there are shows such as Torchwood that celebrate and normalize diverse expressions of sexuality. John Barrowman, the actor that plays Jack, seems happy with this too, noting of the scene “I am bumping and grinding in this one. I am having man sex and it’s fantastic.”  Unfortunately, the BBC didn’t agree with his fantastic assessment, cutting scenes from the episode before airing it in the UK. I wonder how much, if any, of the heterosexual action betwwen Rex and Vera were cut…
As for myself, I’m hoping Miracle Day (and other shows) will bring on more lesbian, queer, and/or gender-non-conformist sex-scenes. Those, sadly, are, to my knowledge, non-existent in any show I can watch with my kids. To be clear, it is not that I want MORE sex scenes in television and film, but, if they are going to be there (and it seems, that, for the duration, they are) I would prefer they be more inclusive of ALL our human sexualities and NOT frame some sexualities as normal, and others as monstrous. Now that would be fantastic.
Posted by Renee at Monday, August 15, 2011