Thoughts on Season One of Supernatural 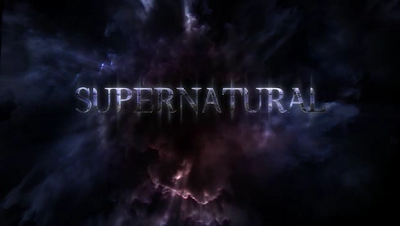 When Sam Winchester is six months old, is father walks into his nursery to find his mother stuck to the ceiling burning.  Sam's father John, orders his brother older brother Dean to take Sam outside.  After Mary's death, John raises Sam and Dean to hunt supernatural predators in the hope of one day killing the demon that is responsible for Mary's death.

In the opening scenes Sam retrieves Dean who is attempting to get into law school and create a different life for himself because John has gone missing.  Sam promises to help for one weekend but quickly gets drawn back into the life. They move from town to town hunting and killing predators for no pay.

I know that this show is set in the mid west but it is extremely White with the exception of episode 9  and episode 13.  In Home (episode 9) Loretta Devine makes an appearance as a wise cracking psychic.  Devine is an extremely talented actress and she is absolutely wasted in this role because she is nothing but a sidekick with sass. To make matters worse the entire episode is spent trying to save a White woman and her children from a spirit living in Sam and Dean's childhood home.  Apparently, Devine has spent years watching over that house, while John, Sam and Dean were out kicking immortal ass.  She knew the Winchester men would need her help one day.  Yeah, I am not impressed by this at all.

In episode 13 Supernatural decided to deal with race.  It was enough to make me thankful for the previous erasure.  In this episode, Dean was contacted by his girlfriend.  Her father died under mysterious circumstances and this concerns him.  It seems that there is a racist truck killing Black men in the city.  When the ghost tries to kill Dean's girlfriend her mother reveals the awful history of racism in the town and tells everyone that her father killed a White man who was disturbed with their inter racial relationship.  To make matters worse the ghost that is killing Black men also burned down a church filled with people before he died.  Does anyone else recognize the history?  For me it brought up visions of the bombing of the 16th Street Church in Birmingham, Alabama.  In fact, I am quite sure that this is where the writers got their inspiration and it is wrong.  How dare they appropriate from one of the most heinous civil rights era terrorist acts to tell one of their little ghost stories. To virtually erase Blacks from the story only to have them hunted by a ghost and then saved by two White men is absolutely racist fuckery.